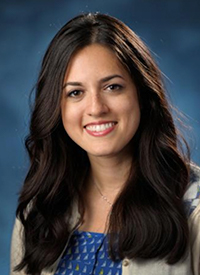 The administration of HER2-directed CAR T-cell therapy and lymphodepletion chemotherapy demonstrated antitumor activity and was found to be safe in pediatric and adult patients with advanced HER2-positive sarcoma, according to phase I findings presented at the 2019 AACR Annual Meeting.

In the small trial (NCT00902044) of 10 patients with refractory/metastatic HER2-positive sarcoma treated with the HER2-directed CAR T-cell product, CAR T cells expanded in all but 2 patients; the median peak expansion was day 7 (range, 5-28) and CAR T cells were detected by quantitative polymerase chain reaction in all patients 6 weeks following infusion.

“HER2 CAR T cells can be safely giving in combination with lymphodepletion; lymphodepletion enhances T-cell expansion and persistence,” said lead study author Shoba Navai, MD, when presenting the findings at the AACR meeting. “HER2 CAR T cells can induce objective clinical responses in some patients with sarcoma, and engagement of endogenous immunity may aid in the generation of tumor response.”

One of the more common types of sarcoma, osteosarcoma, is said to be HER2 positive in up to 40% of patients; additionally, this HER2-positive subtype is associated with a higher likelihood of tumor metastasis. Preclinical data have demonstrated that HER2-targeted therapy, including trastuzumab (Herceptin), is much less effective in sarcomas compared with in HER2-positive breast cancers.

“Children and adults with recurrent or refractory sarcomas have limited treatment options,” said Navai, an assistant professor of pediatrics at the Center for Cell and Gene Therapy at

are available, but the chance of success is low and the therapies can be quite toxic.”

However, HER2-directed CAR T cells have the ability to target low levels of HER2 on tumor cells compared with trastuzumab, as also discovered in preclinical studies, Navai explained. The CAR T-cell molecule used in the phase I study is comprised of a HER2 binding domain, from a FRP5-derived antibody, connected with the signaling domain of a T cell containing CD28 co-stimulation.

Patients were treated with up to 3 infusions of autologous HER2-targeted CAR T cells at 1 x 108/m2 amd lymphodepletion of either fludarabine alone at 25 mg/m2 daily (n = 3) or in combination with cyclophosphamide at 30 mg/kg daily (n = 8). Both lymphodepletion regimens induced lymphopenia with an absolute lymphocyte count <100/ml on the day of T-cell infusion, and fludarabine/cyclophosphamide induced neutropenia for up to 14 days. Patients were followed for a safety period of 6 weeks, at which point repeat disease evaluations were performed.

Those who had initial responses to these treatments were then administered another 5 CAR T-cell infusions at the most but without lymphodepletion.

Results additionally showed that at the end of the initial 6-week period, 4 patients had progressive disease and 4 patients had stable disease, the latter of which lasted for 3.4 months to 9 months, said Navai during her presentation.

“Five of 10 patients are alive at last follow-up, and overall survival for all patients treated with lymphodepletion was 60% at 1 year,” she added.

Specifically, 1 pediatric patient with metastatic rhabdomyosarcoma, which had spread to the bone marrow, achieved a complete response (CR) for 1 year but later relapsed; retreatment with CAR T cells achieved an ongoing CR for 17 months. Multiple analyses of the patient’s blood showed that there were antibody responses against several intracellular proteins involved in the cell cycle, cell growth, cell signaling, and in invasion and metastasis.

Moreover, data showed that 1 pediatric patient with metastatic osteosarcoma, which had spread to the lungs, has had an ongoing CR for 32 months.