Dr. Polsky on the Clinical Validity of ctDNA in BRAF-Mutant Melanoma

Dr. Liebman on the Use of Digital Surveillance in Melanoma
Conference Coverage > 2019 AACR Annual Meeting >

Diet May Impact Response to Immunotherapy in Patients With Melanoma 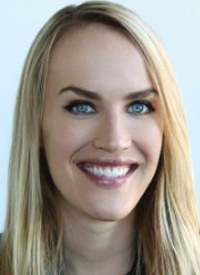 Select patients with melanoma who consume a diet rich in fiber could see an improved response to treatment with immunotherapy, according to research presented during a webcast ahead of the 2019 AACR Annual Meeting.

During the webcast preview of the event, Christine Spencer, PhD, a research scientist at the Parker Institute for Cancer Immunotherapy, presented preliminary data on her research with colleagues at The University of Texas MD Anderson Cancer Center on the correlation between gut microbiome features and immunotherapy responses in patients with cancer.

Spencer began by stating that a minority of patients–20% to 30%–currently respond to checkpoint blockade immunotherapy. According to previous research by Spencer and her colleagues, the gut microbiome, or a collection of “trillions of microbes that live in your gut,” plays an important role in immune system regulation.

In particular, researchers found that patients with melanoma who also had a diverse gut microbiome rich with bacteria from the Ruminococcaceae family responded favorably to anti–PD-1 therapy. Consequently, patients with a lower diversity of bacteria in their gut had a poor response to this treatment.

Because of this correlation, Spencer et al set out to discover why some patients had a favorable-response gut microbiome. Specifically, they wanted to know if patient diet had an impact on the gut microbiome, and if that also correlated with the patient’s response to immunotherapy.

To do so, researchers first collected surveys on diet and supplement use from 113 patients with melanoma in treatment at The University of Texas MD Anderson Cancer Center. They also profiled the diversity and the type of bacterial species found in the microbiome of these patients by analyzing fecal samples prior to therapy.

Preliminary data show that patients who reported eating high-fiber diets, including fruits, vegetables, and whole grains, were about 5 times as likely to respond to anti–PD-1 immunotherapy, said Spencer.

Additionally, over 40% of patients reported taking probiotics prior to starting therapy. However, results also showed that taking probiotic supplements was associated with lower gut microbiome diversity, which was previously linked to a poor response to immunotherapy treatment.

In summary, Spencer explained, different foods and supplements may impact a patient’s response to immunotherapy. “We think this is likely mediated by the gut microbiome.”

Spencer would also encourage patients to eat high-fiber foods. While many are already aware of the health benefits previously associated with this type of diet, she explained, in this study, fiber can be linked to a more favorable gut microbiome—and therefore, a better response to cancer immunotherapy.

Lastly, patients who are interested in taking over-the-counter probiotic supplements should have conversations with their doctors about the risks and benefits.

"A lot of people have the perception that probiotics will provide health benefits, but that might not be the case in cancer patients," said Spencer. "We're not saying that all of them are bad, but the message is that these factors have never before been studied in patients on immunotherapy, and our data suggest for the first time that they could matter."

Next, Spencer concluded, she and her team plan on validating their research results in larger cohorts, which they have already begun. The team will provide updated data on this topic at the 2019 AACR Annual Meeting, including results on the associations between probiotic intake and immunotherapy response.
Spencer CN, Gopalakrishnan V, McQuade J, et al. The gut microbiome of melanoma patients is distinct from healthy controls, and associations with treatment outcomes are influenced by host lifestyle factors. Presented at: AACR Annual Meeting 2019 media preview; Feb. 27, 2019; Philadelphia, Pennsylvania.