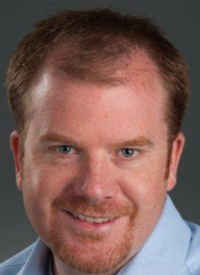 Entrectinib induced objective responses in 100% of pediatric patients with tumors harboring NTRK1/2/3, ROS1, or ALK gene fusions or mutations, according to findings from the phase I/Ib STARTRK-NG clinical trial shared on a presscast held in advance of the 2019 ASCO Annual Meeting.

The multikinase inhibitor induced responses in all 11 patients with CNS and solid tumors with NTRK1/2/3, ROS1, or ALK gene fusions, as well as in 1 patient with ALK-mutated neuroblastoma. No responses occurred in patients with tumors lacking these genetic aberrations.

Six of the responders had extracranial tumors, including inflammatory myofibroblastic tumors (n = 3), infantile fibrosarcomas (n = 2), and melanoma (n = 1). In this group, there was 1 CR (DCTN1-ALK gene fusion) and 5 PRs (TFG1-ROS1, EML4-NTRK3, KIF5B-ALK, and 2 ETV6-NTRK3 gene fusions).

The other response was a CR in a patient with neuroblastoma harboring a ALK F1174L mutation.

“Entrectinib has very promising antitumor activity and progression-free survival in patients with target gene fusions, especially malignant CNS tumors. As a result, the trial is continuing, but only for patients with target fusions,” lead study author Giles W. Robinson, MD, a pediatric neuro-oncologist at St. Jude Children's Research Hospital, said when reporting the findings on the ASCO presscast.

The data Robinson shared included 29 patients with recurrent/refractory solid CNS tumors, neuroblastoma, or other solid tumors—16 from the dose-finding phase I and 13 from the basket trial phase Ib, which focused on patients with alterations to NTRK1/2/3, ROS1, and ALK genes. Patients were enrolled as of October 31, 2018. The median age was 7 years (range, 4.9-20). The majority of patients with CNS tumors had received surgery followed by radiation.

The dose-finding phase consisted of sequential assignment to escalating doses of entrectinib (3+3 design), with starting doses ranging from 250 mg/m2 to 750 mg/m2. The recommended dose was determined to be 550 mg/m2 daily. In the basket trial phase, patients received entrectinib at 550 mg/m2 (n = 7) or 400 mg/m2 if they were not able to swallow intact capsules (n = 6). All 12 of the responders were treated with a dose of ≥400 mg/m2.

“There have been far fewer studies of targeted cancer medicines in pediatric populations than in adults. While these data are very early and more research is needed, they suggest the exciting possibility of the first treatment for childhood cancers that is effective based on tumor genetics instead of tumor type or location,” ASCO President Monica M. Bertagnolli, MD, FACS, FASCO, said in an ASCO press release that accompanied the presscast.

The FDA is currently reviewing a new drug application for entrectinib as a treatment for select adult and pediatric patients with NTRK fusion–positive locally advanced or metastatic solid tumors, as well as patients with metastatic ROS1-positive non–small cell lung cancer. The agency is scheduled to decide on the application by August 18, 2019.
Robinson GW, Gajjar AJ, Gauvain KM, et al. Phase 1/1B trial to assess the activity of entrectinib in children and adolescents with recurrent or refractory solid tumors including central nervous system (CNS) tumors. J Clin Oncol. 2019;37(suppl; abstr 10009).