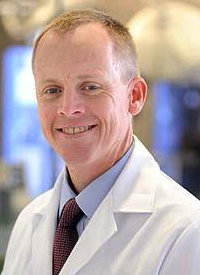 About a quarter of pediatric patients with cancer were able to be screened for targetable alterations in their tumor and directed to a treatment targeting that alteration of pathway in the screening protocol of the National Cancer Institute (NCI)-Children’s Oncology Group (COG) Pediatric MATCH trial. This rate exceeded the projected rate of 10% of patients that would be assigned to a treatment arm.

“The NCI-COG Pediatric MATCH has been able to create a nationwide framework for testing of these pediatric cancers,” said COG study chair Will Parsons, MD, PhD, when presenting the findings of the screening protocol portion of the study in a press briefing ahead of the 2019 ASCO Annual Meeting.

The study assessed the frequency of targetable molecular alterations in pediatric patients with cancer to match patients with a targeted therapy.

The NCI-GOG Pediatric MATCH trial is a collaborative, nationwide trial designed to determine if a precision medicine approach could work for and benefit pediatric patients with cancer. The investigators first wanted to see if patients could be matched to targeted therapies based on screening for molecular alterations, then test how effective the targeted therapies would be for pediatric patients.

The trial involves 2 steps, a screening protocol and a set of treatment regimens, which consists of a series of individual phase II studies of targeted therapies. Currently, there are 10 treatment arms in the trial that patients can be matched to: larotrectinib (Vitrakvi), erdafitinib (Balversa), tazemetostat, LY3023414 (targeting PI3K/mTOR pathway), selumetinib, ensartinib, vemurafenib (Zelboraf), olaparib (Lynparza), palbociclib (Ibrance), and ulixertinib.

Parsons, an associate professor in the Department of Pediatrics, Section of Hematology-Oncology at Baylor College of Medicine, noted that the number of treatment arms is expected to increase over time. Additionally, the protocol could even be adapted to include immunotherapies as well.

“Pediatric MATCH is a framework whereby we can screen children from across the country and if there are new targeted therapies developed we can efficiently screen them,” said Parsons, who is also the deputy director of the Texas Children’s Cancer and Hematology Centers, co-director of the Brain Tumor Program and of Cancer Genetics and Genomics Program, as well director of the Center for Precision Oncology at Texas Children’s Hospital.

At least 1000 children and young adults with treatment-refractory cancers are expected to be enrolled in the trial; only 10% of these patients were projected to be matched to a treatment arm.

As of the data cutoff of December 31, 2018, 422 patients with treatment-refractory or recurrent cancers had been enrolled since July 24, 2017 across 93 COG sites. The median patient age was 13 years (range, 1-21). Patients had more than 60 different diagnoses, including 71% (n = 300) who had solid tumors, 24% who had central nervous system (CNS) tumors—almost half of which had astrocytomas, and 5% with non-Hodgkin lymphomas or histiocytosis diseases.

Of the patients enrolled in the screening portion of the study, 390 patients submitted a formalin-fixed paraffin-embedded tumor tissue sample for screening. Sufficient DNA and RNA could be extracted from 370 (95%) of the samples to attempt sequencing with the Oncomine cancer gene panel. Additionally, loss of SMARCB1, SMARCA4, and PTEN expression was detected by immunohistochemistry. Testing was successfully completed for 357 of the patients with tumor samples (92%), and the test had a median turnaround time of 15 days.

“We initially projected a match rate of approximately 10%, meaning only 10% of patients who were screened on the study would have a mutation that was found that could match them to a drug,” Parsons commented. “That was based on our understanding of the genetics of pediatric cancers, largely newly diagnosed cancers, but also the experience with similar adult studies.”

Thirty-nine patients (10%; 95% CI, 7%-13%) have been enrolled into a treatment arm on study protocol as of the data cutoff. This accounted for 41% of matched patients enrolling in a treatment protocol.

“This is a study that’s proving to be useful in terms of our ability to screen and match patients not just for one specific type of cancer or several types of cancer, but across many, many cancer types. Although the frequency might be a little different in terms of each of the types, we’ve been able to match patients in all of those groups,” Parsons said. In the patients with astrocytomas (n = 39), targetable alterations were detected in 74% of tumor samples. “Pretty remarkably, in this one diagnosis, there are patients who’ve been matched to 9 of the 10 different treatment arms,” he remarked. The most frequent alteration found in patients with astrocytomas was the NF1 mutation, which was found in 7 patients (18%). These patients were able to be assigned to the selumetinib and ulixertinib treatment arms as both agents target the MAPK pathway. Overall, actionable MAPK pathway alterations were found in 41 patients (11%).
Parsons DW, Janeway KA, Patton D, et al; the NCI-COG Pediatric MATCH team. Identification of targetable molecular alterations in the NCI -COG Pediatric MATCH trial. J Clin Oncol. 2019;37(suppl; abstr 10011).
<<< 2019 ASCO Annual Meeting