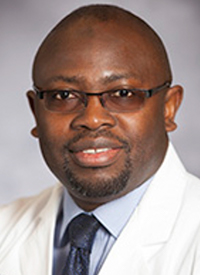 No overall survival advantage was obtained from maintenance therapy comprising nivolumab (Opdivo) alone or in combination with ipilimumab (Yervoy) over placebo in patients with extensive-stage small cell lung cancer (SCLC), according to findings from the phase III CheckMate-451 trial presented at the 2019 European Lung Cancer Congress.

Taofeek Owonikoko, MD, PhD, Co-Chair of the Clinical and Translational Review Committee, Winship Cancer Institute of Emory University, explained that there is a high unmet need for new treatments in the second-line setting and beyond for patients with SCLC.

“Approximately 60% to 70% of patients with SCLC have extensive disease at the time of diagnosis, meaning it has spread beyond a single lung and nearby lymph nodes and cannot be treated with radiotherapy,” said Owonikoko. “There is generally a good initial response to chemotherapy; however, the responses are often not durable and most patients experience disease progression within a short time. Currently intervention is begun after tumor growth.”

Owonikoko and colleagues investigated whether administering maintenance therapy following successful chemotherapy and prior to disease progression could improve OS in this patient population.

The double-blind, randomized, phase III CheckMate-451 trial (NCT02538666) enrolled 834 patients with extensive-stage SCLC who achieved stable disease after 4 cycles of chemotherapy. The patients were randomly assigned 1:1:1 to receive nivolumab plus ipilimumab, nivolumab alone, or placebo for up to 2 years or until disease progression. In the combination arm, 279 patients received a maximum of 4 cycles of nivolumab at 1 mg/kg plus ipilimumab at 3 mg/kg every 3 weeks. Nivolumab monotherapy was administered at 240 mg every 2 weeks to 280 patients, and placebo was delivered to 275 patients.

The primary endpoint, significantly improved OS with maintenance therapy versus placebo, was not met.

Subgroup analysis of OS revealed similar consistent results across subgroups defined by age, ECOG performance status, baseline LDH levels, the presence of liver metastasis at baseline, and the best response to prior chemotherapy. Only the subgroup of patients aged <65 years demonstrated OS that favored the combination over placebo (median OS, 10.2 versus 8.9 months, respectively; HR, 0.72).

Owonikoko called the overall results a “big disappointment; however, there was an indication that, compared to placebo, it took longer for the cancer to progress in patients who received either combination immunotherapy or nivolumab alone.”

In responding patients, the duration of response during maintenance therapy was 10 months with the combination, 11 months for nivolumab, and 8 months for placebo.

The invited discussant at the session, Luiz Paz-Ares, MD, PhD, chair of the Medical Oncology Department at the Hospital 12 de Octubre, and Head of the Lung Cancer Unit at the CNIO (National Oncology Research Center) in Madrid, Spain, pointed out that the OS Kaplan-Meier curves began to show separation at around 1 year, suggesting a possible long-term effect of delaying progression with immunotherapy maintenance.

Owonikoko noted that, “Patients who began maintenance therapy sooner after completion of chemotherapy did appear to derive greater benefit.”