PD-L1 Expression Does Not Impact QoL With Durvalumab in NSCLC 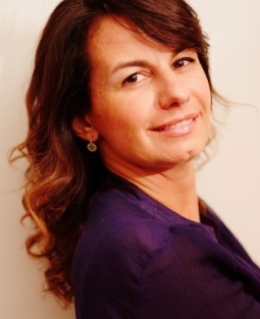 Patient reported outcomes (PROs) according to PD-L1 expression did not show clinically meaningful differences in quality of life (QoL) with either durvalumab (Imfinzi) or placebo in patients with stage III non–small cell lung cancer (NSCLC) who have not progressed following chemoradiotherapy, according to a retrospective analysis of the phase III PACIFIC study presented at the 2019 European Lung Cancer Congress.1

The results of the PROs across all PD-L1–positive cohorts for durvalumab compared to placebo were similar to those reported by the intent-to-treat (ITT) population. The PROs remained stable over time from baseline in all PD-L1 subgroups, with no clinically meaningful differences observed, which was defined as ≥10 point decrease from baseline.

The findings may have implications for the approval of durvalumab by the European Medicines Agency (EMA). In the United States, the FDA approved durvalumab in February 2018 for patients with unresectable, stage III NSCLC whose disease has not progressed following platinum-based concurrent chemoradiotherapy (cCRT), regardless of PD-L1 expression. However, the EMA approval granted in September 2018 is restricted to patients with PD-L1 expression ≥1%.

In the PACIFIC trial, which took place at 235 centers in 26 countries, 473 patients with stage III, unresectable NSCLC who did not progress on cCRT were randomized to durvalumab and 236 were randomized to placebo. Progression-free survival (PFS) was the primary endpoint, along with overall survival (OS).

All patients in PACIFIC received ≥2 cCRT cycles; thereafter they were randomised 2:1 to durvalumab at 10 mg/kg IV or placebo every 2 weeks for up to 12 months. If available, optional pre-cCRT tumor tissue was tested for PD-L1 tumor cell (TC) expression using the VENTANA SP263 immunohistochemistry assay and scored at prespecified (25%) and posthoc (1%) cutoffs.

No detrimental effect was reported with durvalumab or placebo across PROs in the overall population, prompting Marina C. Garassino, MD, of the Thoracic Unit, Fondazione IRCCS – Istituto Nazionale dei Tumori, Milan, Italy, and colleagues to retrospectively investigate the PROs across all PD-L1 subgroups for a better understanding of the benefit/risk profile of durvalumab according to tumor PD-L1 expression.

PROs were assessed at baseline and at weeks 4 and 8; thereafter, assessments were made every 8 weeks up to week 48 then every 12 weeks until disease progression using the EORTC Quality of Life Questionnaire 30 (QLQ-C30) and the lung cancer specific EORTC QLQ-LC13; the score range is 1 to 100 for both questionnaires, with higher scores indicating poorer QoL.

Prespecified and posthoc TTD analyses of PRO results according to PD-L1 subgroup were also similar to those of the ITT population, which displayed overlapping HRs and 95% confidence intervals. For example, Forest plot analysis showed HRs for the symptoms of pain, nausea, physical, emotional, and role functioning, as well as other symptoms, that favored durvalumab but the confidence intervals all overlapped.

Improvement rates according to PD-L1 subgroup PROs were also similar to those of the ITT population for both durvalumab and placebo, with overlapping ORs and 95% confidence intervals observed.

“Results for the PD-L1 subgroups were generally consistent with those of the ITT population, suggesting that patients symptoms, functioning, and global health status were maintained regardless of PD-L1 expression,” said Garassino.

“These data further support the PACIFIC regimen of durvalumab after cCRT as the standard of care,” she concluded.