Dr. Lopategui on the Evolution of Targeted Therapies in NSCLC
Dr. Husain on Common Misconceptions in Lung Cancer
Dr. Rodriguez-Abreu on Updated Results From the KEYNOTE-189 Trial in NSCLC

Dr. Rodriguez-Abreu on the Final Analysis of the KEYNOTE-189 Trial in NSCLC
Conference Coverage > 2017 ESMO Congress > 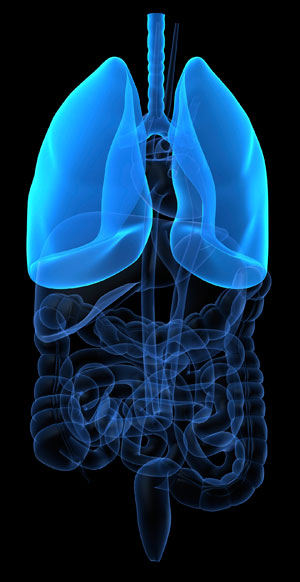 Although anti-PD-1/PD-L1 immunotherapy has greatly improved the treatment of patients with non–small cell lung cancer (NSCLC) and is generally well-tolerated, the therapy backfires in a newly defined subset of patients who experience accelerated tumor growth indicative of hyperprogressive disease (HPD), according to research presented at the 2017 ESMO Congress.

A multicenter retrospective analysis of patients with NSCLC treated with the checkpoint blockade antibodies determined that 16% had HPD, which negatively affected their overall survival (OS) and progression-free survival (PFS) compared with patients without HPD. The study examined results for 242 patients treated in 5 institutions in France between November 2012 and March 2017. A previous single-institution study had shown a 10% HPD rate after PD-1/PD-L1 therapy.

“The incidence of HPD is about 9% in cancer patients overall,” said lead study author Roberto Ferrara, MD, in an interview with OncLive. “Immunotherapy makes the tumors grow faster in a subset of patients; we need to know the biology behind this to identify the patients at risk for HPD.”

Ferrara and colleagues garnered one of the Best Poster awards at the 2017 ESMO Congress for their research. “We previously described HPD in 10% of 89 NSCLC patients treated with immunotherapy in a single institution using tumor growth rate [TGR] to define HPD. In this study, we explored HPD in a larger and multicenter cohort of advanced NSCLC patients treated with immunotherapy,” said Ferrara, of the Institut Gustave Roussy in Villejuif, France.

Similarly, patients with HPD experienced significantly shorter median PFS of 1.4 months compared with 4.9 months for the not-HPD population (P <.001); median OS was also shorter at 3.3 versus 17 months, respectively, for the 2 cohorts (P < .001).

The baseline TGR was determined prior to treatment based upon the baseline CT scan and then compared with the midtreatment CT scan; TGR during immunotherapy was based on the comparison between baseline and treatment CT scans and the variation per month of TGR between both (delta TGR). Patients were identified as having HPD if the absolute delta TGR increased by at least 50%.

Among the total population, 16% (n = 40) had HPD per the study protocol definition. Pseudoprogression was confirmed in 3 patients (1.2%), with 2 of these patients initially designated as having HPD.

In the overall patient population, the response rate (RR) was 15% including complete or partial responses, while 39% had stable disease and 45% had progressive disease. Median PFS was 3.9 months (range, 3 to 5 months).

“Further work is needed to better characterize the population of patients at risk of HPD,” said Ferrara.