Dr. Agarwal on the FDA Approval of Olaparib in HRR-Mutant mCRPC 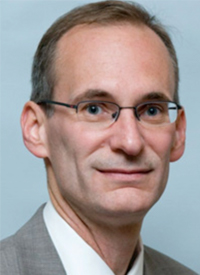 The next-generation androgen receptor (AR), apalutamide (Erleada), in combination with androgen deprivation therapy (ADT) demonstrated a 25% reduction in the risk of death compared with placebo/ADT in patients with nonmetastatic castration-resistant prostate cancer (CRPC), according to updated findings of the phase III SPARTAN trial that were presented at the 2019 ESMO Congress.1,2

"The P value was .0197; although close, this value was higher than the prespecified O'Brien-Fleming boundary of .0121. Accordingly, the study follow-up will continue per protocol and the final analysis will occur after 427 deaths," lead study author Matthew R. Smith, MD, PhD, director of the Genitourinary Malignancies Program at the Massachusetts General Hospital Cancer Center, stated in a presentation during the meeting. “Collectively, these results further support apalutamide as a standard-of-care option for men with high-risk, nonmetastatic castration-resistant prostate cancer.” The FDA approved apalutamide in this setting in February 2018; the approval was based on metastasis-free survival (MFS) data from SPARTAN, which was the primary endpoint. These data showed that apalutamide reduced the risk of metastasis or death by 72% in patients with nonmetastatic CRPC. The median metastasis-free survival (MFS) was 40.5 months in the apalutamide arm versus 16.2 months in the placebo arm (HR, 0.28; 95% CI, 0.23-0.35; P <.0001).3

In the international SPARTAN study, researchers evaluated the safety and efficacy of apalutamide versus placebo in 1207 patients with nonmetastatic CRPC and a rapidly rising prostate-specific antigen (PSA) level, despite receiving continuous ADT. Nonmetastatic status was determined by a negative bone scan, as well as a negative CT of the pelvis, abdomen, chest, and brain. Patients were required to have a PSA doubling time of (PSADT) ≤10 months.  Patients were randomized 2:1 to receive 240 mg of apalutamide daily with ADT (n = 806) or placebo with ADT (n = 401). The average baseline PSADT was <5 months in both arms. Those who developed metastases were permitted to receive abiraterone acetate (Zytiga) plus prednisone. Stratification factors also included PSADT ≥6 months or ≤6 months, use of bone-sparing agents, and N0/N1 stage disease.

The primary endpoint was MFS; secondary endpoints included time to metastasis, progression-free survival (PFS), time to symptomatic progression, and OS. For patients who developed metastases, the researchers also evaluated the time between randomization to first treatment for metastatic CRPC and subsequent progression (PFS2).

At the 20.3-month median follow-up, 61% of the apalutamide arm remained on treatment compared with 30% of the placebo group. Based on the preliminary data, an independent data monitoring committee recommended unblinding the trial and allowing patients on the placebo arm to cross over and receive open-label apalutamide (19%, n = 76), Smith said.

Additionally, at this first analysis, apalutamide was found to improve the time to symptomatic progression compared with placebo (HR, 0.45; 95% CI, 0.32-0.63; P <.0001). The first interim OS analysis (24% of events) revealed a trend favoring apalutamide, but data were immature.

At the 2019 ESMO Congress, the updated analysis included data on OS, as well as the effects of apalutamide on time to chemotherapy, PFS2, and safety.

OS was assessed using a preplanned group sequential testing procedure with an O’Brien-Fleming–type alpha spending function. The second interim OS analysis was conducted following 285 OS events, which comprise 67% of the required final events, with a P value boundary of .0121 for statistical significance. The study follow-up will continue per protocol, and the final OS analysis will occur after 427 events (100%), with a P value boundary of ~.047, explained Smith.

Additional results showed that the 4-year OS rates for the apalutamide and placebo arms were 72.1% and 64.7%, respectively.