Dr. Ferguson on the Impact of the LACC Trial Data on Cervical Cancer Surgery 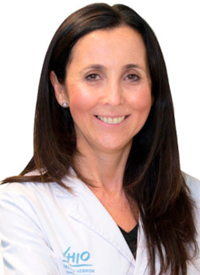 The combination of nivolumab (Opdivo) and ipilimumab (Yervoy) appears to have durable clinical activity in patients with recurrent or metastatic cervical cancer, according to findings from an ongoing open-label, multicohort, phase I/II study. Responses occurred regardless of tumor PD-L1 expression.

In the CheckMate-358 study, which tested 2 different regimens combining nivolumab and ipilimumab, efficacy of the combinations was superior in patients without prior systemic therapy versus with systemic therapy for recurrent/metastatic (R/M) disease, reported Ana Oaknin, MD, at the 2019 ESMO Congress.

“Very provocatively, across both regimens, efficacy was better in patients without prior systemic therapy,” said Oaknin, from Vall d’Hebron University Hospital, Barcelona, Spain. “Additionally, responses were durable; at a median follow-up of more than 10 months, the median duration of response was not reached for either regimen in patients without prior systemic therapy.”

Given the limited treatment options for patients with R/M cervical cancer “these data with nivolumab plus ipilimumab are of strong clinical interest and warrant further investigation in this patient population,” said Oaknin.

Cervical cancer is the fourth most common cancer in women worldwide, with more than 99% of cases associated with human papilloma virus (HPV) infection. Currently, the standard of care for R/M disease without prior systemic therapy is the combination of cisplatin, paclitaxel, and bevacizumab. Median overall survival with this combination in the R/M setting is <17 months. “Unfortunately, for those patients who progress on chemotherapy and bevacizumab, treatment options are very limited,” said Oaknin.

The PD-1 inhibitor pembrolizumab (Keytruda) is approved by the FDA for the treatment of R/M cervical cancer post-chemotherapy, but its approval is limited to those patients whose tumors express PD-L1 (combined positive score ≥1). Upregulation of PD-1 and PD-L1 expression has been reported in cervical cancer, which suggests that this tumor type is likely to respond to PD-1/PD-L1-based therapy. CTLA-4 is another inhibitory checkpoint that plays a key role in regulating adaptive immunity, offering the possibility of response to agents that target this protein receptor.

CheckMate-358 is an ongoing phase I/II study that is investigating nivolumab-based therapies in virus-associated cancers, regardless of tumor cell PD-L1 expression. Patients enrolled were positive for HPV or their HPV status was unknown. An ECOG performance status of 0 or 1 was required for entry. Treatment continued until toxicity, disease progression, or a maximum of 24 months. Patients were followed with imaging every 8 weeks for 1 year and then every 12 weeks.