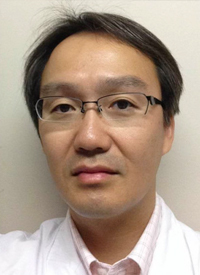 The triplet of nivolumab (Opdivo), ramucirumab (Cyramza) and paclitaxel showed promising antitumor activity with durable responses in a phase II study of patients with advanced gastric cancer. The overall response rate (ORR) was 37.2% among patients treated with this combination, with all responders having a partial response (PR).1

The median progression-free survival (PFS) in the overall cohort of 43 patients was 5.1 months, and was not influenced by the combined positive score (CPS), lead author Shuichi Hironaka, MD, Chiba Cancer Center, Japan, said at the 2020 Gastrointestinal Cancers Symposium. The median overall survival (OS) was 13.1 months, and similarly did not appear different between cohorts with low versus high CPS.

“The impact of PD-L1 expression on the clinical outcome for this combination is not clear,” Hironaka said. “Long-term overall survival [OS] was promising for further investigation of this combination.”

Nivolumab has already shown a significant survival benefit in the salvage setting for patients with advanced gastric cancer,2 while ramucirumab demonstrated enhanced survival in combination with paclitaxel as second-line treatment.3 Simultaneous blockade of PD-1 and VEGFR-2 with PD-1 inhibition, taxanes, and VEGFR-2 blockers has been reported to have synergistic antitumor effects, Hironaka said.

The phase I/II study tested the effect of the triplet for the treatment of advanced gastric cancer in patients who were refractory or intolerant to first-line platinum and fluoropyrimidine doublet chemotherapy. To be eligible, patients had to have measurable lesions, an ECOG performance status of 0 or 1, and disease progression on the above chemotherapy regimen.

Results were stratified according to the CPS, defined as the number of PD-L1–positive cells (tumor cells, macrophages, and lymphocytes) divided by the total number of viable tumor cells.

As presented previously, tolerability of the regimen was good, said Hironaka. Dose-limiting toxicities were observed in 2 patients at dose level 1; one patient had febrile neutropenia and 1 other had neutropenia over a period of 8 days.