Selinexor sNDA Submitted to FDA for Earlier Use in Multiple Myeloma

Dr. Branagan on the Role of Transplant in High-Risk Multiple Myeloma 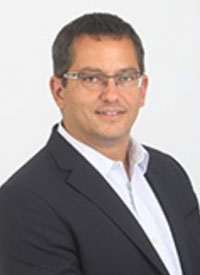 The all-oral triplet regimen of 60 mg of weekly selinexor (Xpovio) plus lenalidomide (Revlimid) and dexamethasone appears to be highly active and well tolerated in patients with relapsed, refractory multiple myeloma, particularly in patients who did not receive prior lenalidomide, according to results of the multi-arm STOMP study that were presented during the 17th International Myeloma Workshop (IMW).1

Selinexor is a first-in-class, oral selective inhibitor of nuclear export (SINE); the nuclear export protein Exportin 1 (XPO1) is overexpressed in a wide variety of cancers, including multiple myeloma. Selinexor inhibits XPO1, forcing tumor suppressor proteins to be retained in the cell nucleus where they are active, rather than be transported to the cytoplasm where they are ineffective.

In July 2019, the FDA approved selinexor in combination with dexamethasone for the treatment of patients with relapsed/refractory myeloma who have received ≥4 prior therapies and whose disease is refractory to ≥2 proteasome inhibitors (PI), ≥2 immunomodulatory (IMiD) agents, and an anti-CD38 monoclonal antibody. The approval was based on data from part 2 of the phase IIb STORM trial, in which selinexor in combination with dexamethasone resulted in an ORR of 26.2% in patients with myeloma that was refractory to 3 classes of agents in the STORM study.2

Therefore, investigators hypothesized that the all-oral combination of selinexor, lenalidomide, and dexamethasone (SRd) might result in improved response rates.

The phase I/II STOMP study (NCT02343042) is assessing selinexor in combination with several backbone therapies for both patients with newly diagnosed and relapsed/refractory multiple myeloma.3 All arms of the STOMP study have a common primary objective of determination of the maximum tolerated dose (MTD) and a recommended phase II dose of their respective combinations with selinexor.

To be eligible for enrollment, patients must have received ≥1 prior therapy. Selinexor was dose-escalated in 3 regimens: once weekly at 80 mg and either twice weekly or weekly at 60 mg, each followed by lenalidomide at 25 mg once daily in 21-day cycles and dexamethasone at 20 mg twice weekly or 40 mg weekly.

Twenty-four patients were enrolled, completing enrollment; results as of August 1, 2019 were presented. The median age was 67 (range, 49-84 years); 54% of patients were male. The median number of prior treatments was 1 (range, 1-8); 38% had received lenalidomide, of whom 21% had lenalidomide-refractory disease. All patients had received a PI and 65% were refractory to the class of drugs.

Following dose reductions in the first 5 or 6 cycles for selinexor and the first 4 or 5 cycles for lenalidomide, patients were able to continue and tolerate long-term treatment with SRd.