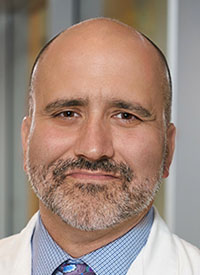 Adding veliparib to frontline induction chemotherapy increased complete and CA-125 responses compared with chemotherapy alone in patients with high-grade serous ovarian cancer, according to an exploratory analysis of the phase III VELIA trial.1

The 3-arm VELIA trial randomized patients to veliparib plus induction carboplatin and paclitaxel (CP) either with (veliparib throughout) or without veliparib maintenance, or a control arm of induction CP with no maintenance. The overall study results showed a significant progression-free survival (PFS) benefit for the veliparib throughout arm versus the control arm. However, a similar benefit was not demonstrated in the veliparib arm that did include maintenance therapy. Thus, this exploratory analysis was conducted to try to isolate the benefit of veliparib during the CP plus veliparib combination phase.

The findings from the study were made available as part of the virtual platform for the SGO 2020 Annual Meeting that was implemented due to the shutdown caused by the novel coronavirus (COVID-19).

“These exploratory analyses suggest that veliparib added to CP during the combination phase may provide antitumor activity above CP alone,” lead study investigator David M. O’Malley, MD, professor, Department of Obstetrics and Gynecology, The Ohio State University College of Medicine, and director, Division of Gynecologic Oncology at The Ohio State University Comprehensive Cancer Center–The James, and coauthors wrote. Overall, 1140 patients underwent randomization in the VELIA trial. The control arm consisted of carboplatin and paclitaxel with placebo followed by placebo as maintenance (n = 375). In the veliparib throughout arm, the PARP inhibitor was added at 150 mg twice daily to carboplatin and paclitaxel followed by veliparib alone at 400 mg twice daily as maintenance (n = 382). The combo-only arm examined the addition of veliparib at 150 mg twice daily to carboplatin and paclitaxel as induction therapy followed by placebo maintenance (n = 383). CP was administered over 6 cycles (21-day interval) following primary cytoreduction or as neoadjuvant chemotherapy with interval cytoreduction.

In those testing positive for homologous recombination deficiency (HRD), the median PFS was 31.9 months in those receiving veliparib throughout the trial compared with 20.5 months in the control arm (HR, 0.57; 95% CI, 0.43-0.76; P <.001). Data were not yet sufficiently mature to conduct overall survival analyses across the groups.