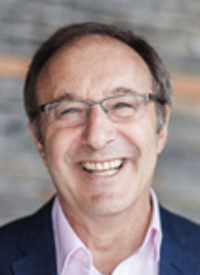 Safety in this subgroup was consistent with that in the overall ARIEL3 safety population.

The FDA approved rucaparib as a maintenance treatment for patients with recurrent epithelial ovarian, fallopian tube, or primary peritoneal cancer who are in complete or partial response to platinum-based chemotherapy based on data from ARIEL3 in April 2018. Median PFS in the intention-to-treat populations was 10.8 months with rucaparib versus 5.4 months with placebo. There was a 77% reduction in the risk of progression or death in those with either germline or somatic BRCA mutations with rucaparib compared with placebo (HR, 0.23; 95% CI, 0.16-0.34; P <.0001).2

The safety population included all patients who received placebo and 99% of patients who received rucaparib. Fifty-six percent of patients in the experimental arm and 15% in the placebo arm reported grade ≥3 treatment-emergent adverse events (TRAEs). In the rucaparib group, the most common grade 3 TRAEs were anemia (18%), increased alanine aminotransferase or aspartate aminotransferase (10%), fatigue (7%), and neutropenia (5%). The only grade 4 TRAEs reported were neutropenia (2%), thrombocytopenia (2%), and anemia (1%).

Investigators presented data on the effect of rucaparib in patients with recurrent disease who achieved a complete response (CR) or partial response (PR) to chemotherapy at the 2019 European Society for Medical Oncology Congress. Jonathan A. Ledermann, BSc, MD, FRCP, professor of medical oncology with UCL Cancer Institute at University College London and an honorary consultant medical oncologist for UCL Hospitals, said patients who had either CR or PR derived a similar benefit from the PARP inhibitor.

“We also saw that a proportion of patients who had measurable disease at the time they ended chemotherapy had a further response to rucaparib—in the BRCA-mutated population, that was a 37% response rate,” he added. “The drug is not only a drug of maintenance, it’s also a drug of therapy in patients with ovarian cancer.”