Dr. Comerci on the Use of Laparoscopy in Ovarian Cancer 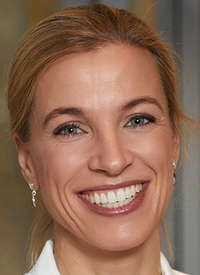 Chemotherapy in combination with immunotherapy holds promise in the treatment paradigm for patients with ovarian cancer, Floor Backes, MD, said at the 2020 SGO Winter Meeting. While results from single-agent immunotherapy trials are “not very exciting,” with response rates between 10% and 15%, she said clinical results show that combinations can improve objective response and progression-free survival (PFS).

“We still don't have a good biomarker to predict which patients are going to benefit, but we have been able to at least see an increase in neoantigens, improved T-cell trafficking, improved T-cell infiltration, and we're starting to be able to overcome some of the immunosuppressive environment,” said Backes, an associate professor of gynecologic oncology with The Ohio State University Wexner Medical Center and the James Cancer Hospital. “But certainly, there's still a lot more to do.”

“We have limitations of the use for checkpoint inhibitors in ovarian cancer,” Backes said. “There are low response rates. We don't have good ability to predict clinical responses. There's a lack of neoantigen recognition and lack of appropriate T cell trafficking and infiltration.”

Treatment regimens combining chemotherapy and immunotherapy offer physicians a chance to overcome those limitations, she added.

“When we compare this to single-agent paclitaxel, certainly we see improvement in ORR and PFS,” Backes said.

As with immunotherapeutic agents, results from previous clinical studies have shown that monotherapy with PARP inhibitors has limited efficacy for patients with platinum-resistant/refractory ovarian cancer. Investigators initiated TOPACIO, a phase I/II clinical trial to determine if the combination of niraparib (Zejula) plus pembrolizumab would improve outcomes in this patient population.

Following dose-finding in phase 1, patients in phase II received once-daily niraparib at 200 mg in combination with 200 mg of pembrolizumab administered on day 1 of a 21-day treatment cycle.

At the time of the data cutoff, 60 of 62 patients with ovarian cancer were evaluable for an initial response assessment. Eligible patients had to have received fewer than 5 prior lines of therapy; the median number of prior lines was 2. Almost 80% of patients were BRCA wild-type, 35% were homologous recombination deficiency (HRD) positive, and 56% were PD-L1 positive.

The ORRs were consistent across subgroups based on platinum-based chemotherapy sensitivity, previous bevacizumab (Avastin) treatment, or tumor BRCA or HRD status.

In results from the phase II MEDIOLA trial, combination therapy with the PARP inhibitor olaparib (Lynparza) and the PD-L1 inhibitor durvalumab (Imfinzi) induced an ORR of 72% in patients with relapsed, platinum-sensitive, germline BRCA-mutated ovarian cancer.3

Overall, 23 of 32 patients had objective responses, including 6 (19%) CRs and 17 (53%) partial responses. Subgroup analysis showed a consistency of response in patients who had received as many as 3 prior lines of therapy. Backes called the findings “very encouraging.”

NRG-GY003 is a randomized, open-label, phase II trial evaluating the safety and efficacy of nivolumab (Opdivo) with or without the CTLA-4 inhibitor ipilimumab (Yervoy) in patients with persistent or recurrent epithelial ovarian, primary peritoneal, or fallopian tube cancer.