Dr. Boisen on Selecting Patients for Surgery Versus Neoadjuvant Chemotherapy in Ovarian Cancer

Dr. Penson on Re-Challenging With PARP Inhibition in Ovarian Cancer 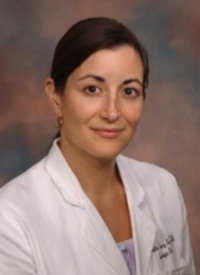 Three pivotal clinical trials evaluating PARP inhibitors have significantly impacted the treatment of patients with newly diagnosed ovarian cancer, according to Angeles Alvarez Secord, MD, and with these agents approved for use as frontline maintenance in this disease, the role of biomarkers has become an important topic of discussion.

Based on data from the pivotal phase III PRIMA trial, frontline treatment with niraparib (Zejula) represents a new standard of care in patients with newly diagnosed, platinum-sensitive advanced ovarian cancer. Niraparib improved median progression-free survival (PFS) by 5.6 months compared with placebo in this patient population. In the overall population of those enrolled on the trial, the median PFS was 13.8 months with niraparib versus 8.2 months with placebo, translating to a 38% reduction in the risk of progression or death (HR, 0.62; 95% CI, 0.50-0.76; P <.001).1

Lastly, in the phase III PAOLA-1 trial, the combination of olaparib (Lynparza) and bevacizumab (Avastin) were evaluated in the frontline setting. Results showed an improvement in median PFS by 5.5 months with olaparib/bevacizumab compared with bevacizumab/placebo in patients with newly diagnosed, advanced disease following prior treatment with platinum-based chemotherapy plus bevacizumab. Median PFS was 22.1 months in the olaparib arm versus 16.6 months in the placebo arm (HR, 0.59; 95% CI, 0.49-0.72; P <.0001).3

It is important to consider the different patient populations evaluated in each trial and the benefit of the agents in these subgroups, according to Secord.

“The main message is that there is not necessarily one right answer [when it comes to choosing among the PARP inhibitors],” said Secord, a gynecologic oncologist at Duke Cancer Center. “It’s a little bit more complex than that; it’s important to consider shared decision making.”

In an interview with OncLive during the 2020 SGO Winter Meeting, Secord discussed how PARP inhibitors are being used in ovarian cancer, the data to consider when choosing among the agents available in practice, and the financial toxicities associated with this treatment.

OncLive: What is the current role of PARP inhibitors in ovarian cancer?

Secord: The role of these agents is actually quite expansive. We have indications for using PARP inhibitors in women in the frontline setting who have a BRCA1/2 mutation in their tumors that are either germline or somatic. We also have indications in the treatment setting for rucaparib (Rubraca) and olaparib for patients with BRCA1/2 mutations, as well as an indication for niraparib in women with platinum-sensitive tumors that have homologous recombination deficiency (HRD). All of those drugs in the platinum-sensitive setting are indicated for all-comers, regardless of their biomarker status.

Could you discuss the pivotal trials examining PARP inhibitors in ovarian cancer?

I did a symposium in conjunction with Jubilee Brown, MD, of Levine Cancer Institute, Atrium Health, and she was a great partner in putting this together. The focus of the symposium was digesting [the data from the] PAOLA-1, PRIMA, and VELIA trials. We wanted to focus on discussing the real-world implications of these data with our audience. We considered how others are applying this information to practice and any issues they are finding that might prevent the use of these medications in the frontline treatment of women who are candidates for these agents. We are focusing on women with newly diagnosed ovarian, fallopian tube, and peritoneal cancer. It was a very engaging experience working with the other physicians and advanced healthcare care providers in the field.

What are the real-world implications of these data?

We submitted [requests] to the SGO members [to share the] interesting cases they have had. We chose 2 cases from all the responses we received. We highlighted 2 different situations in women with newly diagnosed ovarian cancer. In 1 situation, the patient had a BRCA1/2 somatic mutation, and in the other, the patient had a [BRCA1/2] germline mutation.