Expert Weighs in on Targeted and Immunotherapy Combinations in Melanoma 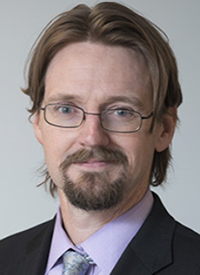 Although multiple combinations of BRAF and MEK inhibitors have been approved by the FDA for the treatment of patients with melanoma, more trials are underway to identify regimens of targeted agents plus immunotherapies to better benefit this patient population, according to Ryan J. Sullivan, MD.

Dabrafenib (Tafinlar) plus trametinib (Mekinist) was the first BRAF/MEK combination to receive regulatory approval for use in patients with melanoma. About 70% of patients have major responses to these agents, said Sullivan, associate director of the Melanoma Program at Massachusetts General Hospital Cancer Center.

Five-year survival outcomes with the combination were confirmed in a pooled analysis of the phase III COMBI-d and COMBI-v trials. Results showed that the OS rates were 37% and 34% at 4 and 5 years, respectively. Specifically, the 5-year OS rate with dabrafenib plus trametinib in patients who had a complete response (CR) was 71% compared with 32% in those with a partial response (PR) and 16% in those with stable disease. However, investigators are still looking for other potential combinations to improve upon this efficacy, said Sullivan.

In an interview with OncLive® during the he 16th International Congress of the Society for Melanoma Research, Sullivan, who is also an assistant professor of medicine at Harvard Medical School, discussed the rationale for BRAF/MEK combinations and immunotherapeutic combinations in melanoma and ongoing research examining triplet regimens.

OncLive®: What is the rationale for using BRAF/MEK inhibitor combinations in melanoma?

Sullivan: About 40% to 50% of patients with melanoma have a mutated gene called BRAF, which is a critical signaling pathway initiator. When that is active, uncontrolled signaling occurs that is associated with cancer. BRAF mutations in that pathway include KRAS, NRAS, and MEK mutations and are found in a significant minority of patients with cancer.

The discovery of BRAF was made not that long ago, in the early 2000s. Inhibitors of BRAF V600 mutations have been tested now for well over a decade, and when given as an individual drug, we have seen responses in about half of patients, though most have reductions in tumor volume. However, the pathway inhibition by BRAF mutation is usually not enough to be associated with durable benefit in the majority of, or even a significant minority of patients.

Blocking the same pathway with a protein called MEK, is also associated with benefit. In the early 2010s, there were approvals of vemurafenib, which is a BRAF inhibitor; dabrafenib, another BRAF inhibitor; and trametinib, a MEK inhibitor. All were approved for use as single agents because they improved responses, progression-free survival, and overall survival (OS).

As with everything, when you have 2 drugs that work, you always wonder if combining them is going to be an important next step. In fact, preclinical models support the combination [of BRAF and MEK inhibitors]. Interestingly, there was some suspicion that the combination may not be more toxic, rather that it might mediate some of the toxicities [seen with both agents alone]. If you give a BRAF inhibitor, the agent actually enhances signaling in those cells. It’s also true when patients develop hand-foot syndrome and thickened callouses that are associated with the use of BRAF inhibitors by themselves. MEK inhibitors cause AEs by blocking the pathway. When you combine the 2 inhibitors in a cell that is not mutated, that signals to the pathway, and actually balances out the toxicity. It became quite clear even before vemurafenib was approved in 2011 that combination therapy was likely going to be better. Not only does there appear to be mediation of toxicity, but there is also superior efficacy with this approach.