Umbralisib Plus Ublituximab Improves PFS in Frontline and Relapsed/Refractory CLL

Dr. Raphael on the Clinical Implications of the CLL14 Trial

Novel Combos Are Shaking Up the CLL Landscape 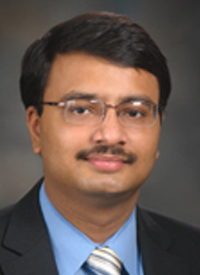 The rise of oral targeted therapies and novel combinations is transforming the paradigm for the frontline treatment of patients with chronic lymphocytic leukemia (CLL) regardless of age, and ongoing phase III trials are likely to generate more modifications, according to Nitin Jain, MD.

During a presentation at the 2019 SOHO Annual Meeting, Jain said recent clinical trial findings have helped clarify therapy choices based on the patient’s age, comorbid conditions, and mutation status but that questions about optimal regimens and the duration of therapy remain unanswered.

“The treatment options have changed quite remarkably but there are more things coming along in the pipeline,” said Jain, an associate professor in the Department of Leukemia at The University of Texas MD Anderson Cancer Center. “Hopefully, in the next 1 to 2 years, as these [phase III trials] get reported, our frontline therapy will get further refined.”

Chemoimmunotherapy with fludarabine, cyclophosphamide, and rituximab (FCR), introduced in the 2000s, has been the gold standard for young, fit patients with CLL in the frontline setting. In the past 5 years, Jain said, the introduction of ibrutinib (Imbruvica) and other oral targeted agents has provided new, less toxic options.1

In May, the FDA approved venetoclax (Venclexta) for the frontline treatment of adults with CLL or small lymphocytic lymphoma (SLL) after findings from the phase III CLL14 trial showed that the BCL2 inhibitor in combination with obinutuzumab (Gazyva; VEN+G) was more effective than obinutuzumab plus chlorambucil. The patient population in the pivotal trial had previously untreated CLL and coexisting conditions.2

Jain said the current frontline standard has been updated to include VEN+G. For patients aged <65 to 70 years without major comorbidities, the options consist of ibrutinib monotherapy and VEN+G. For those with IGHV mutation, FCR also would be considered.

The preferred regimens are ibrutinib and VEN+G for patients >65 to 70 years, those with major comorbidities, and those with chromosome 17p deletion (del[17p]) or TP53 mutations, Jain said.

A Focus on Minimal Residual Disease

In analyzing which patients derived the most benefit from the former standard of care, Jain said data from prior studies showed frontline FCR therapy resulted in favorable long-term progression-free survival (PFS) in patients with IGHV mutations who had achieved undetectable minimal residual disease (MRD).

Jain and colleagues hypothesized that improving MRD negativity would lead to improved survival. They then designed a phase II study testing the combination of ibrutinib, fludarabine, cyclophosphamide, and obinutuzumab (iFCG) for the frontline treatment of patients with CLL with mutated IGHV and without TP53 aberrations. Investigators included obinutuzumab because previous results showed that the drug induced higher rates of MRD negativity than rituximab. Patients received 3 cycles of iFCG followed by ibrutinib for 9 cycles and obinutuzumab for either 3 or 9 cycles, depending upon response and MRD levels. After 12 cycles, ibrutinib therapy stopped for those with undetectable bone marrow and continued for those with detectable MRD. The study enrolled 45 patients with a median age of 60 years (range, 25-71) with CLL categorized on the Rai stage as 0 (n = 1), I or II (n = 22), and III to IV (n = 22).1

In findings presented at the 2018 ASH Annual Meeting and updated in August 2019, investigators found that response improved over time. At 3 months, 39% of patients had complete response (CR) or CR with incomplete hematologic recovery (CRi) and 89% were MRD-negative. At 12 months, CR/CRi was 73% and MRD negativity was 100%.1

Forty-one patients reached 12-month follow-up with MRD-negativity and discontinued ibrutinib. The median follow-up after discontinuation was 18.7 months (range, 0.2-28.8), and no patient has had clinical or MRD relapse. No patient has experienced disease progression.

Jaid said those findings were superior to results from other trials evaluating 6 cycles of FCR, ibrutinib plus FCR, or FC plus obinutuzumab, for patients with IGHV-mutated disease.

Patients aged ≥65 years with CLL are not eligible for FCR. For that population, long-term findings of the phase III RESONATE-2 trial showed that ibrutinib could be successfully administered for more than 60 months and provided improved PFS and overall survival (OS) compared with chlorambucil.