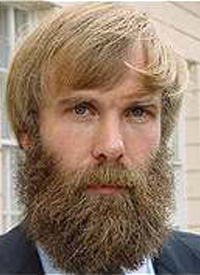 Results from a large, phase III trial showed that a single radiation treatment relieves symptoms of spinal cord compression in patients with advanced cancer as effectively as a multifractional course of radiotherapy (RT).1

At 8 weeks, 69.5% of patients who received single-dose 8 GY radiation therapy and 73.3% of those who received a total of 20 Gy over 5 daily treatments could walk normally or with a cane, said the lead author of the SCORAD III study, Peter Hoskin, MD, FCRP, FRCR, an oncologist at the Mount Vernon Cancer Centre in Middlesex, United Kingdom.

Hoskin discussed results during a press conference June 2 at the 2017 ASCO Annual Meeting, in Chicago. He called the difference in the percentage of patients who could walk “statistically nonsignificant.”

“A single dose of 8 Gy is as effective as 20 Gy in 5 fractions for a range of clinically relevant endpoints, in particular ambulatory status, both at 8 weeks and, indeed, at all time points between 1 week and 8 weeks,” he said. “A single dose of radiotherapy, in our minds, is now recommended in this setting and has major advantages for these patients. The important thing to realize, being that these patients have a very short survival—median survival in this study was only 13 weeks—a single dose has enormous advantages in those patients with very short survival times.”

When metastatic cancer spreads to the bones, tumors in the spine can put pressure on the spinal canal, resulting in back pain, numbness, tingling, and difficulty walking. An estimated two-thirds of patients with cancer will develop bone metastases, with breast, prostate, and lung cancers responsible for more than 80% of cases of metastatic bone disease.1,2 The spine is the most common site for bone metastasis, and 10% of all patients with cancer will develop metastatic spinal cord compression.2

Daniel E. Spratt, MD, assistant professor of radiation oncology and director of the University of Michigan Spine Oncology Program at the University of Michigan Comprehensive Cancer Center, agreed to review the data for OncLive. Spratt said that although the study was not powered to determine whether the 1.5-week survival advantage favoring the 20 Gy treatment was statistically significant, that extra time could be huge for a patient nearing the end of life.


“The extra 4 treatments at less than 30 minutes a treatment, 2 hours total, may be worth an extra 10 days of life to some patients when they are only living 60 days,” he said. “Patients who develop spinal cord compression can have life expectancies >1 year, and 8 Gy x 1 has been shown in a prior TROG trial to have very poor durable local control of approximately 2-3 months.”

The primary endpoint was ambulatory status (AS), measured on a four-point scale: 1: Able to walk normally 2: Able to walk with an aid such as a cane or walker 3: Has difficulty walking even with walking aids 4: Dependent on a wheelchair

Two-thirds of patients were at status 1 or 2 at baseline. To be considered non-inferior, the 8 GY dose needed to rank within 11% of the effectiveness of the longer treatment course when comparing the proportion of patients with AS 1 or 2 at 8 weeks, whether maintained from baseline or improved from 3-4 status.

Joshua E. Meyer, MD, associate professor of radiation oncology at Fox Chase Cancer Center, also reviewed the results. He said it is difficult to know how generalizable these results might be because of the short study period.

“The majority of these patients were ambulatory on some level when they were treated, so while patients with more substantial deficits were included, they were in the minority,” he said. “It’s difficult to extrapolate from this to the most severely impacted patients.”

“It’s a very useful study, but there are limitations in the interpretation and I think that 8-week time point is the biggest limitation,” Meyer added. “This is important research. It is moving the field forward to be more patient-centered and doing things more efficiently, which is good not just for the health system but also for the patient being treated.”