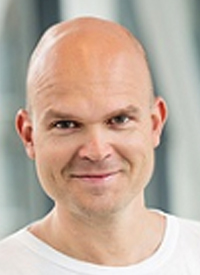 Similar long-term rates of survival were seen in patients with colorectal cancer and liver metastases regardless of whether the patient underwent laparoscopic or open liver surgery, according to results of the randomized OSLO-COMET trial that were presented in a press briefing during the 2019 ASCO Annual Meeting.1

In an intention-to-treat (ITT) analysis, the median overall survival (OS) in patients who underwent laparoscopic surgery was 80 months (95% CI, 52-108) compared with 81 months (95% CI, 42-120) in patients who underwent open surgery (P = .91). “Laparoscopic surgery did not change the chances for survival compared to open liver surgery; [it] was better for the patients at no additional cost to the society,” said lead study author Åsmund Avdem Fretland, MD, a surgeon in the Intervention Centre and the Department of HPB Surgery at Oslo University Hospital in Norway.

Laparoscopic surgery, or keyhole surgery, has in recent years become more common than open surgery as it is considered to be minimally invasive. Although a recent survey showed that this method is used in only 22% of US patients with colorectal cancer liver metastases.

Additionally, the long-term outcomes of this approach have not been compared to that of open liver surgery before this trial was performed. The investigators sought to compare the long-term effects on survival for both surgical approaches in a randomized fashion.

The OSLO-COMET trial is an ongoing randomized, controlled trial that has enrolled 294 patients from the Oslo University Hospital in Norway. Patients with colorectal cancer that had radically resectable liver metastases were randomly assigned to undergo either laparoscopic (n = 133) or open parenchyma-sparing liver (n = 147) resection. About half of patients received neoadjuvant/adjuvant chemotherapy, according to standard Norwegian guidelines.

The primary endpoint was postoperative morbidity within 30 days of surgery, and key secondary endpoints included OS and recurrence-free survival (RFS).

As of the data cutoff, patients had received a median of 45 months of observation. Patients who were enrolled later in the trial continue to be observed through 5 years of follow-up.

Short-term outcomes of the trial were previously published in the Annals of Surgery.2 Laparoscopic resection was considered better tolerated by patients than open surgery, as patients who underwent laparoscopic surgery had shorter hospital stays (2 days vs 4 days; P <.001), had a reduced rate of complications (19% vs 31%; P = .021), and reported better quality of life.

Patients who underwent laparoscopic surgery also demonstrated a significant reduction in morbidity at 30 days compared with the open surgery group (19% vs 31%). Yet more similar rates were seen with the other long-term endpoints of the trial.

“After many years of improvements in laparoscopic surgery, we now have results showing that survival is as good with this procedure as with open surgery, and morbidity is lower, so we expect that this will cause a shift to even more operations on the liver being done laparoscopically,” Bjørn Edwin, MD, PhD, of the Intervention Centre and the Department of HPB Surgery at Oslo University Hospital, Norway, who is leading the research effort, said in a press release.

In an analysis that looked only at patients who had R0 or R1 margins in their resection, the median RFS was 19 months in the laparoscopic surgery arm compared with 16 months in the open surgery group (P = .96). Estimated 5-year RFS rates were 29% and 31%, respectively.

“More than half of the patients that have surgery for colorectal liver metastases…lived for more than 5 years after the liver surgery,” Fretland said. “Furthermore, we see that patients get recurrences, but the recurrences can also be removed.” He added in that 55 patients have already received repeated resections.

The investigators estimated 5-year survival rates and found that 57% of patients who underwent laparoscopic resection were expected to be alive at 5 years compared with 56% in the open-surgery group. Additionally, they estimated that 30% of patients in the laparoscopic arm would have no disease recurrence after 5 years compared with 31% of those who underwent open liver surgery.

No difference was found between the rates of complete tumor removal or the amount of tissue removed beyond the observable tumor for either surgical trial arm. Additionally, the monetary costs for each surgical approach were also similar in Norway. Fretland commented: “We hope that these results will encourage more hospitals to establish a laparoscopic liver surgery program, which has to include structured training of the surgeons.”

ASCO expert Nancy Baxter, MD, noted, “this research shows that the surgery can be done with minimally invasive techniques, small incisions, giving patients the benefits of better short-term recovery with no downside in terms of survival and cost. This is news, and this is important news,” adding that similar results with minimally invasive techniques have not yet been seen in other tumor types, such as pancreatic and cervical cancer.
Fretland Å, Aghayan D, Edwin B, OSLO-COMET Trial Group. Long-term survival after laparoscopic versus open resection for colorectal liver metastases. J Clin Oncol. 2019;37(suppl; abstr LBA3516).
<<< 2019 ASCO Annual Meeting
Printer Printing...