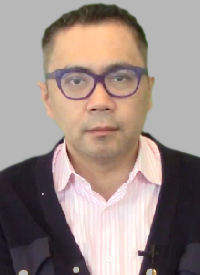 However, the triplet was associated with a higher rate of treatment-emergent adverse events (TREAs), according to a subanalysis of the phase I/II CheckMate 040 study.

Therefore, the investigators assessed the efficacy and safety of 2 cabozantinib combination regimens with nivolumab (with or without ipilumumab) in 71 patients who were enrolled in the CheckMate 040 study.

Patients with histologically confirmed advanced HCC who were either sorafenib-naïve or previously treated with sorafenib (and had disease progression or were intolerant to sorafenib) were randomized to the doublet of nivolumab (240 mg every 2 weeks) plus cabozantinib (40 mg/day), or the triplet of nivolumab (3 mg/kg), ipilimumab (1 mg/kg every 6 weeks), and cabozantinib (40 mg/day). Treatment continued until intolerable toxicity or disease progression.

The median duration of therapy was 7.1 months in patients receiving the doublet and 7.8 months in those treated with the triplet. Nineteen percent in the doublet arm and 29% in the triplet arm have continued on treatment; disease progression was the reason for treatment discontinuation in 64% and 46%, respectively.

The primary efficacy endpoint was overall response rate by RECIST v1.1, which was higher in the triplet arm versus the doublet arm (29% vs. 19%, respectively). By investigator assessment, best overall response in the doublet arm was a partial response (PR) in 7 (19%) and 20 additional patients had stable disease (SD), for a disease control rate (DCR) of 75%. The median duration of response (DOR) was 8.3 months and the median time to response (TTR) was 4.8 months. In the triplet arm, 10 (29%) of patients had a PR and 19 (54%) had SD, for a DCR of 83%. The median DOR in the triplet arm was not reached and the median TTR was 3.5 months.

Overall, 68.6% in the doublet arm and 69.7% in the triplet arm experienced a decrease in target lesion size.

Grade 3-4 TRAEs were reported in 17 patients (47%) in the nivolumab plus cabozantinib arm and 25 patients (71%) in the triplet arm, and led to discontinuation in 4 (11%) and 7 (20%) patients, respectively. No new safety signals were observed in either arm. Discontinuation for immune-related AEs occurred in 2 patients (6%) in the doublet arm and 4 (11%) of the triplet arm.

“Investigation with longer duration of follow-up may be necessary to better assess the true benefit-risk ratio of both the doublet and triple combination in patients with advanced HCC,” said Yau.