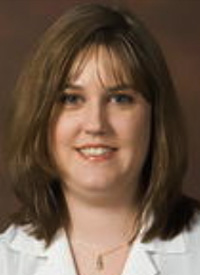 After decades of few advances and stagnant treatment approaches, which mainly comprised 7+3 chemotherapy, the acute myeloid leukemia (AML) paradigm now has several agents approved, and plenty of ongoing trials are exploring other novel therapies alone and in combination, according to Melissa L. Larson, MD.

Several of these research efforts are focused on targeting molecular drivers of disease, such as FLT3 and IDH1/2 mutations.

“We have very good momentum now going forward with the research. There have been such great strides made in identifying all of the different mutations that you can have in AML,” said Larson. “It's just a matter of putting the time and money into the research, looking at how we can target some of these other mutations in order to improve our outcomes. With the use of next-generation sequencing, we are getting a lot more information about the biology of the disease and, with time, we will be able to get a result that will personalize the treatment that each individual patient is going to need for their leukemia.”

In an interview during the 2019 OncLive® State of Science Summit™ on Hematologic Malignancies, Larson, an associate professor of medicine at Rush University Medical Center, discussed available treatments for patients with AML, as well as others that are in the pipeline.

OncLive: How has the AML paradigm evolved in recent years?

Larson: This has been a very exciting time for leukemia doctors, given the number of new drug approvals over the last couple of years. We have used standard 7+3 chemotherapy for over 40 years. The last 2 years has brought new drugs, which have changed the treatment paradigm. We are now looking at individual disease characteristics and specific molecular mutations that help guide our treatment decisions with these newer drugs.

For patients who are older, we are able to treat many more patients than we used to. It used to be that patients over the age of 80—sometimes even over the age of 70—would be put on hospice because they were diagnosed with AML. Now, we have tolerable treatment options that are effective for these patients.

In the current paradigm, is high-intensity treatment necessary to achieve responses?

For younger patients in particular, we still need to use intensive chemotherapy in order to achieve responses, but we are able to improve the response rates over what we traditionally saw with these intensive agents by adding certain targeted agents. Currently, midostaurin (Rydapt), a FLT3 inhibitor, has been approved as an addition to intensive induction with cytarabine and daunorubicin. This has really changed—not so much the response rates, but— the overall survival (OS) of these patients. Patients are living longer and disease free.

There are some questions about the tolerability of venetoclax in other diseases. Is venetoclax tolerable in AML?

It is. Even when we're adding [venetoclax] to these other agents, we're not seeing much in the way of adverse events. We do, however, see prolonged cytopenia. These patients are taking longer to recover their [mature blood cell] counts and this can lead to some delays with subsequent cycles.

What patients, if any, are perhaps not suited to receive venetoclax?

I am using this particular combination in older patients, typically those who I wouldn't consider fit for induction chemotherapy. There are still some older patients who could tolerate an intensive induction regimen. It's very important to assess each patient individually, including their goals for therapy, before deciding on a treatment strategy.

In the younger patient population, we aren't using it as commonly. However, I have used it in the relapsed setting for patients who are failing more traditional chemotherapy agents. The benefit is that you're using agents with completely different mechanisms of action compared with traditional cytotoxic chemotherapy. In that patient population, we are able to potentially get a response to get those younger patients on to stem cell transplant.

When should patients with AML undergo molecular testing?

At Rush University, we use Genomic Sequencing by Tempus, which looks at 595 different genes. That particular test modality can take 12 to 14 business days to come back; we're not using that so much to make treatment decisions for induction. However, with FLT3 testing by PCR we generally have results back within 48 to 72 hours. We are able to incorporate those data into our decision-making process and potentially add a FLT3 inhibitor, should a mutation be present, to [a patient’s] induction therapy.

Could you expand on the FLT3 and IDH1/2 inhibitors that are available?

Currently, I use midostaurin in the frontline setting for a newly diagnosed patient with a FLT3 mutation. In addition to FLT3, there are various other mutations that midostaurin is effective against; one of the benefits of midostaurin is the fact that it is a multikinase inhibitor. I believe that's why we saw such a benefit in terms of the survival in those who received midostaurin compared with patients who had chemotherapy alone.

With gilteritinib, you're getting a much more targeted FLT3 inhibitor. We're still awaiting final results on upfront trials of gilteritinib with chemotherapy. However, it has been very effective in the relapsed/refractory setting. Midostaurin was not so successful in that setting, particularly as a single agent.

In the relapsed/refractory setting, what other agents are being used?

Another treatment option for patients with AML is CPX-351 (Vyxeos), which is liposomal cytarabine and daunorubicin. This has been particularly effective in AML that transforms from a therapy-related myelodysplastic syndrome (MDS). It showed a benefit over 7+3 in terms of not only response rates and OS, but more patients were able to proceed to stem cell transplant and actually had better OS after transplant. This was so remarkable because it was the old chemotherapy drugs repackaged and ended up being much better than the traditional chemotherapy that we were using. They are starting to look at CPX-351 in the relapsed setting as well, particularly for patients who have failed other traditional chemotherapy agents.

It has been very exciting to see the inhibitors come for patients with FLT3 and IDH1/2 mutations. Are other targets emerging?

Yes, there are. We are doing more work using agents like the HDAC inhibitors, in combination with hypomethylating agents, that use new mechanisms to attack the DNA compared with the traditional chemotherapy agents. Pevonedistat is one of the agents that is being evaluated in clinical trials, not only in high-risk MDS, but also in low-blast [count] AML.

What other investigational therapies are in the pipeline?

One of the newer drugs in clinical trials is the bispecific T-cell engager (BiTE) that targets CD33 on the surface of the AML cells. This is very similar to blinatumomab (Blincyto), which was the first BiTE to be used in acute lymphoblastic leukemia. This is very exciting because it's a different way to attack the leukemia cells using the body's immune system in a targeted fashion.

Certainly, CD33 has been a target that's been used in other instances, such as with gemtuzumab ozogamicin (Mylotarg). In that case, you're using a toxin to actually kill the leukemia cell; however, with this [new molecule], you're using the body's own immune system. The adverse event profile is very different than what you would see with traditional chemotherapy. It's exciting to see where this molecule will end up in clinical practice.
Printer Printing...