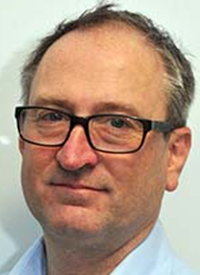 As an example, he cited palbociclib (Ibrance) and capivasertib (both chosen for the NLMT) for estrogen receptor–positive breast cancer. As single agents, the drugs had very modest activity, but studies subsequently showed that the drugs became much more effective in combination with fulvestrant.

“That brings up the criticality of the preclinical models that we need,” said Middleton. “We need to make sure that the targets we are gunning for are tested in models that completely replicate the genomic complexity and chaos of tobacco-associated non–small cell lung cancer.”

The RTK signaling group had 4 subgroups with DCB rates that exceeded the targets, and 3 of the 4 exceeded response targets. Crizotinib for tumors with ROS1 gene fusions and MET exon 14 skipping had DCB rates of 71% and 80%, respectively, and OR rates of 68%, both associated with PPoS >0.99. Osimertinib for EGFR T790M mutation had a 94% DCB and OR rate of 76%, with a PPoS >0.99. AZD4547 for FGFR mutation had passed the DCB target (31%), which was associated with a PPoS of 0.54. Crizotinib for tumors with MET amplification appeared unlikely to meet the DCB or response target.