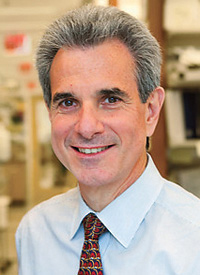 Howard I. Scher, MD
Investigators looking for a superior means of testing for response to therapy in metastatic castration-resistant prostate cancer (mCRPC) said they found the solution in a study of circulating tumor cells (CTCs). These markers proved to be better, earlier predictors of response than prostate-specific antigen (PSA) tests.

The findings come from an analysis of results from 5 phase III trials that enrolled a total of 6081 patients: COU-AA-301, AFFIRM, ELM-PC 5, ELM-PC 4, and COMET-1.1 Investigators evaluated CTC activity at baseline and after 13 weeks, theorizing that because various tumors release CTCs into the bloodstream and have been associated with tumor metastasis, CTC declines would reliably indicate response and overall survival (OS).

Historically, clinicians have depended on PSA levels, such as maximal percent or percent at a fixed point in time, to determine treatment efficacy in mCRPC, but this has not been a strong indicator of OS, the investigators wrote in their report. Radiographic measures and changes in measurable disease by RECIST also have been insufficient as prognostic indicators that could aid clinicians and accelerate the pace of clinical trials.

At 13 weeks, the ability to differentiate the survival outcomes for week 13 responders and nonresponders was greatest using the CTC0 and CTC conversion endpoints. An absence of CTCs after treatment or finding that CTC values had dropped from above to below the threshold of 5 CTCs “provided greater discrimination for patient survival than the percent change in CTC or PSA response endpoints,” investigators wrote.

They used a weighted C-index to estimate the probability of longer survival for responders. A value closer to 1 signified higher discriminatory power, and a C-index score closer to 0.5 would indicate little discriminatory power—that responders and nonresponders would have nearly identical survival curves. The average weighted C-index for the CTC0 and CTC conversion response endpoints was 0.81 and 0.79, respectively (FIGURE). The average weighted C-indices for the percent change CTC and PSA endpoints ranged from 0.71 to 0.74.

“To develop new therapeutic agents requires the ability to determine whether a systemic therapy has clinical benefit (eg, improving how a patient feels and functions and how long the patient survives),” corresponding author Howard I. Scher, MD, a medical oncologist at Memorial Sloan Kettering Cancer Center in New York, New York, and coauthors wrote.

“The CTC0 endpoint is an indicator that cancer cells that were circulating in the blood are no longer detectable, an easily recognized outcome that is clinically meaningful to patients. It is an outcome that occurs shortly after treatment initiation, providing researchers and practitioners with objective and reliable evidence that the therapy being administered has altered the patient’s prognosis in a favorable way. Taken together, the results of this study support the use of CTC0 as a response endpoint in earlyphase clinical trials,” the authors wrote.

Another reason investigators expressed greater conviction in the predictive power of CTC values is that PSA levels can be influenced by therapy. Investigators said 4 of the trials studied included hormonal agents that can “modulate PSA levels independent of an effect on cell kill,” which they said compromises PSA testing as an indicator of therapy efficacy.

Use of the CTC0 endpoint improved the ability to evaluate response from 29% to 71% across the 5 trials, the investigators said. “This increase in the percent of evaluable patients, 71% in the first-line, 46% in the second-line, and 29% in the third-line setting, significantly enlarges the patient population, enabling more rapid trial accrual and shorter drug evaluation times in trials while providing greater reliability in studies of treatment efficacy,” the authors wrote.
Heller G, McCormack R, Kheoh T, et al. Circulating tumor cell number as a response measure of prolonged survival for metastatic castration-resistant prostate cancer: a comparison with prostate-specific antigen across five randomized phase III clinical trials [published online December 22, 2017]. J Clin Oncol. doi: 10.1200/JCO.2017.75.2998.
Printer Printing...