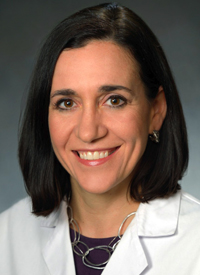 Improved outcomes such as longer survival have increased interest among patients in pursuing fertility preservation options, and advances in techniques have made it possible for more patients to have children after treatment. With these developments, more oncologists are making a priority of discussing fertility preservation with patients early in the treatment process. However, these conversations don’t happen with sufficient frequency or always have the required depth, physicians told OncologyLive®.

“A lot of patients are not hearing about [fertility preservation], or the doctors are not talking about it as much as they should, because ultimately these oncologists are often focused on getting patients treatment. Sometimes fertility just doesn’t come up as much as it should, potentially. So, I think there’s more we can do,” said Clarisa R. Gracia, MD, director of the Penn Fertility Care fertility preservation program at the University of Pennsylvania in Philadelphia.

However, more data are needed on how fertility is affected by different agents, which patients are most likely to lose fertility, which of them are likely to use cryopreserved eggs and embryos, and how often pregnancies and live births occur, experts say. Oncologists and reproductive endocrinologists are also paying close attention as ovarian tissue cryopreservation becomes more common and research continues on testicular tissue preservation.

The growing interest in fertility preservation has occurred in tandem with the trend of women postponing childbirth until their 30s or later, when fertility is reduced, Gracia said. Increased survival rates among children, adolescents, and young adults with cancer, both male and female, spurred patient activism in the early 2000s and led to greater awareness among oncologists of the importance of discussing fertility preservation with their patients.

“The enthusiasm and interest have been mounting, so now it’s much more standard than it used to be,” Gracia said.

About 142,000 women and 77,000 men under 50 are diagnosed with cancer annually in the United States, according to the Centers for Disease Control and Prevention. Newly diagnosed women of reproductive age number over 30,000 per year.1 Approximately 10% of cancers in women occur in those under 45 years old.2 Among the women with cancer Gracia sees for fertility consultations, about half are being treated for breast cancer. The next largest group have lymphomas and leukemias, followed by gynecological diseases such as ovarian and endometrial cancers, she said. Her pediatric patients are being treated primarily for hematological conditions and sarcomas.

Chemotherapy can cause loss of primordial follicles, premature ovarian failure and amenorrhea (absence of menstrual periods), depending on the type and dose of drug and the patient’s age. Alkylating agents reduce or end fertility, with cyclophosphamide being a common driver of treatment-related amenorrhea (TRA). A recent analysis of patients with breast cancer treated with chemotherapy found a rate of premature ovarian insufficiency of 31%.3 TRA rates are sharply higher for woman older than 40 while younger women with TRA are more likely to resume menstruation.4

Other causes of fertility loss include hysterectomy and other surgery involving reproductive organs, pelvic radiation, brain radiation that affects the pituitary gland, and other radiotherapy that produces scatter, or nontarget irradiation. Radiation is also associated with increased rates of pregnancy complications.5 Gonadal shielding and ovarian transposition may be used to reduce radiation dose to the ovaries and preserve fertility in women undergoing radiation treatment.

Fertility preservation may also be appropriate for women with hormone receptor-positive breast cancer who are receiving adjuvant endocrine therapy, as the therapy requires delaying conception for at least 5 years, potentially leading to age-related reduced fertility. The POSITIVE trial is investigating how temporary interruption of endocrine therapy to permit pregnancy affects risk of breast cancer recurrence.6

The American Society of Clinical Oncology (ASCO) published its first fertility preservation guideline in 2006, calling on physicians to discuss the possibility of infertility with patients of reproductive age as early as possible and to refer them to specialists.7 The guideline noted that, at the time, sperm and embryo cryopreservation were considered standard practice. Subsequent updates added oocyte cryopreservation after data published in 2012 showed that vitrification or ultra-rapid cooling of oocytes significantly improved egg survival and pregnancy rates.8

“Oocyte cryopreservation gives patients access to preserve their own biological fertility whether they have a partner or not, and if they aren’t willing to use sperm donors, so that’s an important advance for our patients,” said Philip Poorvu, MD, a breast medical oncologist at Dana-Farber Cancer Institute in Boston. “Even for patients who do have a partner, often our providers will encourage them to bank unfertilized eggs as well in case their situation were to change, to empower patients to preserve their fertility irrespective of their relationship situation.”

Data are sparse on live birth rates in female cancer survivors who have undergone egg freezing, in part because of the low rate of women returning to use their oocytes. In a multicenter, retrospective Spanish study that analyzed 11 years of data, 1073 patients with cancer had their oocytes vitrified and just 80 (7.4%, P <.0001) returned to attempt pregnancy.9 The majority had breast cancer (64.6%), followed by Hodgkin (11.6%) and non-Hodgkin lymphoma (5.2%). In the women who attempted pregnancy, the live birth rate was 42.1% (16 out of 38) for those 35 and younger and approximately 27% for those over 35.

A separate data-modeling analysis found that egg freezing led to more births after chemotherapy.10 The live birth rate among 35-year-old women who had previous low-risk chemotherapy was 37% for those who had not undergone oocyte cryopreservation, compared with 68% for those who had. After high-risk chemotherapy the difference was larger, at 9% and 51%. The rates were lower in 40-year-old women but cryopreservation resulted in birth rate increases of at least 20%.

Many patients want to undergo fertility preservation regardless of the probability they will eventually give birth, but not all of them feel that way, Poorvu said. “A better understanding of fertility rates and who uses cryopreserved eggs or embryos might be useful for counseling the patient on the likelihood of it being useful to them in the long term,” he said.

The oocyte cryopreservation process begins with controlled ovarian stimulation. Before 2010, fertility specialists would commonly wait to administer hormones until a woman’s period began, and the whole process could take 6 to 8 weeks, Gracia said. Since then, randomstart protocols have been developed that allow immediate administration.11 “That window has shortened pretty dramatically. Most patients now have the time where they could do ovarian stimulation. You can get people through within 2 to 3 weeks, so it doesn’t delay treatment too much,” Gracia said.

When treatment is urgent, immature oocytes can be retrieved after little or no ovarian stimulation and matured in vitro, followed by oocyte or embryo cryopreservation. The process reportedly succeeds in more than half of the cases but is not as effective as conventional ovarian stimulation.12

Poorvu and Gracia said they recommend that patients also consider temporary ovarian suppression or “temporary menopause” by using GnRHa during chemotherapy, but not as a replacement for other fertility treatments. Several trials offer data supporting use of GnRHa for fertility preservation but it remains controversial. The updated ASCO guideline published last year acknowledges that many providers offer GnRHa to patients when other methods are not feasible, while stating that it “should not be considered a proven fertility preservation method” and should not be used in place of oocyte and embryo preservation.13

A meta-analysis of data collected from 837 premenopausal women undergoing chemotherapy for early-stage breast cancer found that women assigned to GnRHa had a 62% lower risk for developing premature ovarian insufficiency (POI) compared with those treated with chemotherapy alone. The POI rate was 14.1% in the GnRHa group versus 30.9% in the control group (odds ratio, 0.38; 95% CI, 0.26-0.57; P <.001).

Because the study was a meta-analysis, the research team did not know how many women in the cohort had hoped to become pregnant. The ASCO guideline notes this limitation as well as the tendency of GnRHa trials to rely on surrogate markers such as menstrual status or untimed estradiol or follicle-stimulating hormone evaluation.

One trial, POEMS (Prevention of Early Menopause Study), reported the number of pregnancies as a preplanned endpoint.15 It showed significantly higher rates of pregnancy in women with hormone receptor–negative breast cancer receiving chemotherapy plus goserelin versus chemotherapy alone (21% vs 11%; P = .03), but the ASCO guideline says “these findings are weakened by missing data and lack of adjustment for pregnancy intent.” The guideline notes that 6 other randomized trials did not report significant differences in pregnancies between treatment groups, although it was not a prespecified outcome for most of them.13

“I don’t counsel patients that it’s a reliable method of fertility preservation, but hopefully it can reduce the risk of ovarian failure and maybe it has an effect on fertility,” Poorvu said.

Other agents have been investigated for preservation of ovarian function and fertility during chemotherapy. In a mouse model, blocking the mTOR kinase with everolimus (Afinitor) or the experimental drug INK-128 preserved ovarian reserve, primordial follicle counts, serum anti-Müllerian hormone levels (a measure of ovarian reserve), and fertility during treatment with cyclophosphamide.16 Gracia said she has applied for funding to conduct a human trial. Everolimus is approved for treatment of certain breast, renal, and other cancers.

Women who cannot postpone cancer treatment and prepubertal girls too young for ovarian stimulation may opt for ovarian tissue cryopreservation. Biopsy specimens or a whole ovary are removed, frozen, and implanted back into the patient after treatment concludes. Ovarian activity is restored in more than 95% of cases and lasts for a mean duration of 4 to 5 years.17

The number of live births following ovarian tissue reimplantation passed 130 globally in June 2017 and has been increasing rapidly.17 One study of 111 patients at 5 European centers showed a pregnancy rate of 29% and 23 births.18 Another study had rates of 33% and 25% for pregnancy and delivery, respectively in a subgroup of 49 women >1 year after transplantation.19 Further methods for restoring fertility with ovarian tissue are being investigated, such as growing ovarian follicles in vitro to obtain mature eggs and grafting an artificial ovary to the pelvis.

In comparison with women, fertility preservation in men is straightforward, consisting primarily of sperm cryopreservation. With intracytoplasmic sperm injection, multiple in-vitro fertilization attempts are possible with even a small amount of frozen sperm. However, Robert E. Brannigan, MD, a urologist and director of the Andrology Fellowship at Northwestern University Feinberg School of Medicine in Chicago, noted that sperm motility and counts can be reduced even before treatment begins.

“We see that especially in men with certain types of testicular cancer, where they get a lot of inflammatory change in the testicles when the immune system’s trying to fight the tumor. We see it also a lot of in patients with lymphoma, who sometimes get fevers and those fevers can hurt sperm production,” he said.

Younger patients also pose special challenges. Adolescents have had very low rates of sperm cryopreservation due to barriers such as a lack of access to pediatric hospitals, a lack of reproductive experts, and unfamiliarity with fertility issues among pediatric oncologists, Brannigan said. Northwestern and other centers have worked to improve their programs for adolescents since the early 2000s. Asking young patients to provide samples can be a delicate issue, but after personalized conversations with their providers, many do want to pursue fertility preservation, he said.

For prepubertal boys and men with azoospermia, cryopreservation of testicular tissue is an option. Reimplantation has not yet been attempted in humans, but researchers working with monkeys have grafted cryopreserved testicular tissues that were able to produce sperm, resulting in the first successful live birth last year.20