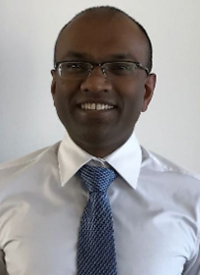 The findings add to the growing evidence of an “obesity paradox” in patients with cancer in which a high BMI is linked to an increased incidence of some malignancies but may offer protection from others, investigators noted.

“This is an interesting outcome, and it raises the potential to investigate further with other cancers and other anticancer drugs,” lead investigator Ganessan Kichenadasse, MBBS, FRACP, a medical oncology researcher at the Flinders Centre for Innovation in Cancer in Adelaide, Australia, said in a statement.2 “We need to do further studies into the possible link between BMI and related inflammation, which might help [us] to understand the mechanisms behind paradoxical response to this form of cancer treatment.”

Kichenadasse and colleagues noted that findings in other studies have suggested that high BMI correlates with improved survival rates in patients with advanced cancers and melanoma.

“Previous studies have explored a concept called an ‘obesity paradox’ where obesity is associated with increased risks for developing certain cancers and, counterintuitively, may protect and give greater survival benef its in certain individuals,” Kichenadasse said. “Our study provides new evidence to support the hypothesis that high BMI and obesity may be associated with response to immunotherapy.”

To examine the relationship between body weight and outcomes, investigators analyzed patient-level data from 4 clinical trials in which participants with NSCLC were treated with atezolizumab (Tecentriq), a PD-L1 inhibitor, or docetaxel. The post hoc analysis comprised data from 1434 patients who received atezolizumab and 890 treated with docetaxel during the OAK (NCT02008227), POPLAR (NCT01903993), BIRCH (NCT02031458), and FIR (NCT01846416) trials.

Among the evaluable patients, 49% were normal weight, 34% were overweight, and 7% were obese. BMI, calculated by weight in kilograms divided by height in meters squared, was categorized by the World Health Organization criteria: underweight (<18.5 kg/m2); normal weight (18.5 kg/m2-24.9 kg/ m2); overweight (25 kg/m2-29.9 kg/ m2); and obese (≥30 kg/m2). If the patient’s height or weight information for the calculation of BMI was missing, or if they fell into the underweight category, they were excluded from the analysis.

Many of the patients who were obese, compared with those who were not obese, were white, male, previous smokers, had a neutrophil-to-lymphocyte ratio <3, and lower C-reactive protein concentrations. Overall, the median age was 64 years (range, 57-70) and 62% were men.

In patients treated with docetaxel in the OAK and POPLAR trials, no significant associates were observed between BMI and OS and PFS, and the OS for PD-L1–positive and –negative tumors did not significantly differ between the groups.

OAK, a phase III trial, and POPLAR, a phase II trial, randomized patients with advanced disease who failed prior platinum therapy to 1200 mg of atezolizumab or 75 mg/m2 of docetaxel administered intravenously every 3 weeks. BIRCH and FIR were both phase II trials of patients with PD-L1–positive tumors who were receiving atezolizumab as first line or later lines of treatment. PD-L1 positivity was defined as PD-L1 expression on ≥5% of the tumor or tumor-infiltrating cells based on the Ventana SP142 immunohistochemistry assay.

Investigators emphasized that the results are exploratory and need to be confirmed by future clinical trials. They also pointed out the limitation of BMI as a measurement of obesity because it is unable to differentiate fat from lean muscle mass and cannot be used to diagnose sarcopenia. BMI is also not reflective of body fat distribution.