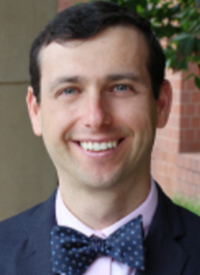 Investigators will challenge therapeutic convention by testing a PARP inhibitor instead of an IDH-targeted therapy in patients with metastatic IDH1/2-mutated glioma, cholangiocarcinoma, and other solid tumors that are refractory to standard treatment.

Encouraged by preclinical data suggesting PARP inhibition to be an effective approach in IDH-mutated disease that could rival IDH blockade, investigators of the single-arm phase II trial (NCT03212274) will evaluate olaparib (Lynparza) monotherapy in up to 145 patients with IDH1/2 alterations (Figure).1

“The correct way [to approach these malignancies] is not to think that all mutations are drivers that should be inhibited but, rather, that there are mutations that are creating vulnerabilities that can be exploited,” said Louis Weiner, MD, who moderated the American Association for Cancer Research (AACR) Annual Meeting in 2017, where the findings from 2 studies of PARP inhibitors in IDH-mutated cancers were presented.2

The HR deficiency that IDH1/2 mutations confer renders these cells sensitive to PARP inhibition, which further obstructs DNA repair. When used to treat tumors with HR defects, PARP inhibitors such as olaparib lower tumor cells’ ability to repair DNA and cause them to die in a process known as synthetic lethality. This mechanism of action makes PARP inhibition an effective approach in tumors with these defects.1-3

Figure. Olaparib in Advanced Glioma, Cholangiocarcinoma, and Other Tumors With IDH1/2 Mutations (Click to Enlarge)

Sulkowski et al’s research not only established that IDH1/2-mutated cells have reduced DNA repair capability but also showed that 2-hydroxyglutarate (2-HG) may be the driving force of this cellular weakness. IDH mutations are neomorphic, which means the alterations induce a change in the traditional function of the IDH protein. Whereas normal, unmutated IDH proteins produce energy, mutated proteins generate the 2-HG oncometabolite, which amplifies HR deficiency and, consequently, sensitivity to PARP inhibitors.1-3

“Dr Bindra’s lab found that IDH mutations lead to decreased HR repair, which is the same thing as saying [IDH-mutated disease] has a BRCAness phenotype. Tumors with these HR defects also respond to PARP inhibitors, even if they don’t have a BRCA mutation,” Groisberg said.

Findings from Sulkowski et al’s study suggest that olaparib’s efficacy extends to disease that harbors an IDH alteration. IDH-mutated human glioma cells, bone marrow cultures from patients with IDH-mutated acute myeloid leukemia (AML), and xenograft models implanted with IDH-mutated human tumor cells were each sensitive to PARP inhibition. Investigators treated the mice with either olaparib monotherapy at 50 mg/kg daily or vehicle control and noted an 8-fold difference in tumor growth delay that favored olaparib over the control (analysis of variance, P = .001). The superiority of single-agent olaparib over vehicle control was seen with the human glioma cells and bone marrow cultures, investigators said.1

Data from Sulkowski et al’s study also indicated that IDH inhibitors may not be the best therapeutic intervention for tumors with IDH driver mutations. Investigators tested 3 small molecule IDH inhibitors in IDH-altered colon and cervical cancer cells and found that the precision therapies IDH1-mutated gliomas specifically and in other cancers with IDH1/2 mutations. These mutations occur in approximately 60%, 20%, and 10% of chondrosarcomas, intrahepatic cholangiocarcinomas, and AMLs, respectively.4 Moreover, IDH mutations are known to present in a variety of malignancies, including melanoma, colon, and lung cancers, said Simon Khagi, MD, principal investigator of the phase II study’s site at University of North Carolina (UNC) Lineberger Comprehensive Cancer Center in Chapel Hill.

In the phase II study of olaparib in patients with IDH1/2-mutated glioma, cholangiocarcinoma, and other solid tumors, investigators will use mass spectrometry at baseline and various points throughout the trial to assess the 2-HG concentration in patients’ blood. They will also examine the levels of 2-HG present in tumor biopsies before treatment initiation and thereafter. In both cases, investigators will assess whether 2-HG concentration correlates with response to olaparib.

Olaparib is currently indicated as a maintenance therapy for adults with deleterious or suspected deleterious somatic or germline BRCA-mutated (gBRCAm) advanced epithelial ovarian, fallopian tube, or primary peritoneal cancer who are in complete response (CR) or partial response (PR) to first-line platinum-based chemotherapy. It is also approved for the treatment of patients with deleterious or suspected deleterious gBRCAm, HER2negative metastatic breast cancer who have been treated with chemotherapy in either the neoadjuvant, adjuvant, or metastatic setting.5

The agent has additionally been cleared for use in gBRCAm metastatic pancreatic adenocarcinoma and is under priority review in combination with bevacizumab (Avastin) as a potential frontline maintenance treatment for women with advanced ovarian cancer who are in CR or PR to first-line platinum-based chemotherapy with bevacizumab.5,6 It is also under priority review for patients with metastatic castration-resistant prostate cancer who progressed on prior therapy with a new hormonal agent and harbor deleterious, suspected deleterious, or somatic homologous recombination repair mutations.7

Gliomas, cholangiocarcinomas, and solid tumors such as chondrosarcomas are rare diseases, and the need for new treatment options is great, Groisberg said. Gliomas are central nervous system tumors that develop in approximately 6.6 per 100,000 individuals each year.8 Cholangiocarcinomas affect about 8000 people annually in the United States; chondrosarcomas, 1 person in 1 million.9,10

Because patients with high-grade gliomas (grades III-IV) are often not candidates for surgery, radiation and temozolomide chemotherapy are the standard of care, Groisberg explained.

“In adults, gliomas are almost always universally high-grade and fatal. There is no curative treatment for these patients, and they all will progress,” Groisberg said. “These patients are desperate for novel treatments, which have not come in many, many years.”

In high- and low-grade gliomas (grades I-II) and secondary glioblastomas, IDH mutations, which occur in >80% of low-grade gliomas and secondary glioblastomas, are biomarkers for longer survival and greater sensitivity to radiation and/or chemotherapy.4 Although IDH alterations can guide treatment in these patient populations, there is nevertheless a “significant need for improvement in the management of all diseases with IDH mutations,” Khagi said.

“Even though IDH is indicative of better overall survival in gliomas, high-grade or low-grade, the majority of these patients are still dying of their disease. They may just be dying a little bit later than someone without an IDH mutation,” said Khagi, who directs UNC’s neuro-oncology and brain metastases programs.

Prognoses for cholangiocarcinomas are not much better than those for high-grade gliomas, Groisberg said. Chemotherapy elicits an initial response in patients with cholangio carcinomas but eventually stops working, at which point few treatment options remain. A minority of cholangio-carcinomas harbor fibroblast growth factor receptor fusions that can be addressed with targeted therapy, but this constitutes a small percentage of the patient population, Groisberg added.

“The rest of them really don’t have much by way of therapy,” he said. “Other [approaches] like immunotherapy have not been successful in cholangiocarcinomas, so there is a huge amount of unmet need.”

Treatment options are especially dismal for those with chondrosarcomas, a disease for which there are “no effective systemic therapies,” according to Groisberg. “No chemotherapies work for chondrosarcomas,” he said. “Once they progress beyond a surgeon’s ability to cut out the disease, there is effectively no hope for these patients at all.”

Investigators of the phase II study will probe for benefit with olaparib monotherapy, but when it comes to advancing the treatment paradigm for each of these orphan diseases, a single-agent approach might not be the only anti-PARP intervention that warrants clinical exploration, according to Khagi.

“We need better ways of targeting IDH mutations in glioma, cholangiocarcinomas, and chondrosarcomas, and it may not just be single-agent PARP inhibition; it may be a combination of PARP inhibition with chemotherapy to exploit multiple pathways of vulnerability,” Khagi said.

The phase II study of olaparib monotherapy is recruiting across 33 sites nationwide and is slated to conclude in July 2020.