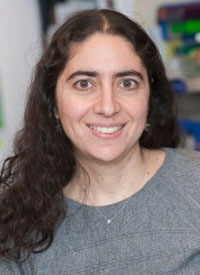 “We anticipate that if patients responded to the regimen in later lines, they would also respond in the first line,” said Rona Yaeger, MD, an expert in CRC and gastrointestinal (GI) malignancies and the principal investigator for ANCHORCRC at Memorial Sloan Kettering Cancer Center in New York, New York.

In CRC and other disease settings, targeted treatments are generally given with chemotherapy. Encorafenib, binimetinib, and cetuximab offer a chemotherapy- free alternative to this therapeutic standard and can spare patients some of the adverse events (AEs) associated with chemotherapy inclusive regimens.2 Findings from BEACON CRC showed that the triplet not only had an acceptable safety profile but also led to longer overall survival (OS) and higher response rates than standard therapy in advanced-stage disease.3 Data from the safety lead-in phase of BEACON CRC led to the triplet regimen’s breakthrough therapy designation in August 2018.4 In addition to breakthrough therapy status, the combination has received a National Comprehensive Cancer Network category 2a treatment recommendation for patients with BRAF V600E–mutant metastatic (m) CRC after failure of 1 or 2 lines of therapy.4-6 Most recently, encorafenib and cetuximab received a priority review designation for the treatment of adult patients with advanced BRAF V600E–mutant mCRC following up to 2 prior lines of treatment. The December 2019 decision was based on OS and overall response rate data from BEACON CRC. The FDA is scheduled to make a decision on the doublet therapy’s supplemental new drug application in April 2020.7

BEACON CRC enrolled 665 patients with BRAF V600E–mutant mCRC who had experienced disease progression on prior therapy. Patients were randomized 1:1:1 to receive the triplet, a doublet consisting of encorafenib and cetuximab, or investigator’s choice of either cetuximab with irinotecan or cetuximab with folinic acid, fluorouracil, and irinotecan (FOLFIRI; control group).3

BEACON CRC was the first trial to demonstrate that a combination of targeted therapies can boost OS and objective responses in BRAF V600E–mutant CRC. Broadly, results from the international study support use of the 3-agent combination in place of chemotherapy for the approximately 1 in 7 patients who have a BRAF mutation, according to a press release from the European Society for Medical Oncology.2

The median OS was 9.0 months with encorafenib, binimetinib, and cetuximab and 5.4 months in the control group (HR, 0.52; 95% CI, 0.39-0.70; P <.001).3 “This was the strongest OS difference we’ve ever seen in a phase III trial in CRC,” said Axel Grothey, MD, director of GI cancer research and principal investigator for ANCHOR-CRC at the West Cancer Center & Research Institute at the University of Tennessee in Memphis.

“Based on these data in the second- and third-line settings, it was natural to look at the first-line,” Grothey said.

The rationale to test the novel triplet in patients with treatment-naïve BRAF V600E—mutant CRC derives from BEACON CRC data suggesting that fewer lines of prior treatment correlate with better responses; also, notoriously poor prognoses are associated with the BRAF V600E alteration, Yaeger said.

“When you look at the genomics of CRC, BRAF V600E is the most important prognostic factor,” Yaeger said. “In terms of survival, it has an odds ratio of -2, so these patients do much worse than any other genomic subset.”

Importantly, no therapies are specifically indicated for BRAF V600–mutant mCRC. Patients typically receive combination chemotherapies such as FOLFIRI, but intensification of chemotherapy rarely improves disease control and outcomes.3 Response rates to second-line and later therapy in BRAF V600E–mutant mCRC are low and survival from diagnosis of metastatic disease is short, “around 14 months,” according to Yaeger.

“These patients don’t get the benefit that we typically see with modern combination chemotherapy when people are treated with multiple lines of chemotherapy,” Yaeger said.

BRAF mutations are present in up to 15% of mCRC cases, and approximately 90% of the alterations are V600E.1 The BRAF V600E genetic alteration is also found in a variety of tumor types beyond mCRC. Although BRAF inhibitors confer benefit in other diseases, such as non–small cell lung cancer and melanoma, their single-agent activity is limited in mutated mCRC.3

ANCHOR-CRC investigators’ decision to combine encorafenib with binimetinib and the EGFR inhibitor cetuximab is based on these agents’ suspected synergistic mechanisms of action.

Encorafenib is a BRAF inhibitor that targets the mutant BRAF V600E, a key enzyme in the MAPK signaling pathway, which includes RAS, RAF, MEK, and ERK. The MAPK pathway regulates cell proliferation and survival, among other activities, and is known to inappropriately activate in mutated CRC. Binimetinib, a MEK inhibitor, targets the protein downstream of BRAF. Administering binimetinib and encorafenib in combination may impede undesired pathway signaling.8,9

“A MEK inhibitor offers additional pathway inhibition and also overcomes pathway reactivation that would be insensitive to a BRAF inhibitor, because reactivated signaling consists of RAF dimers rather than BRAF V600E monomeric signaling. We often see this reactivation in colorectal tumors,” Yaeger said. Moreover, tumors with BRAF mutations are known to be sensitive to MEK inhibitors.10

Findings from the study, Grothey said, will clarify whether a MEK inhibitor is an essential component of this targeted approach.

“At a minimum, we know that we need a BRAF inhibitor and an EGFR inhibitor. The MEK inhibitor is an additional way to block the MEK kinase pathway, [but] right now, we don’t know whether we need a MEK inhibitor like binimetinib or whether the BRAF and EGFR targeted agents are sufficient,” Grothey said.

Investigators will administer encorafenib at 300 mg once daily in combination with binimetinib at 45 mg twice daily and intravenous cetuximab. Patients will be treated in 28-day cycles.1

The primary end point is confirmed overall response rate (cORR) based on local tumor assessments. Secondary end points of the single-arm study include cORR by central tumor assessment, as well as overall response rate, duration of response, time to response, and progression- free survival, each of which will be measured via central and local assessments. Investigators will also evaluate AEs, quality of life, and patients’ plasma concentrations of encorafenib, binimetinib, and cetuximab.1

ANCHOR-CRC has accrued 90 patients with BRAF V600E–mutant CRC and is currently closed, according to Grothey. “We will, hopefully, get a readout within the next 3 to 4 months to see whether this is an effective way to move forward with the first-line treatment of this disease,” Grothey said.

“This BRAF V600E–mutant treatment approach is one of the success stories that links translational research and clinical research in this molecularly defined patient population. It’s a very important step forward in how we approach patients with a common malignancy,” Grothey said.

Investigators will use data from both BEACON CRC and ANCHOR-CRC to develop a randomized trial of either the doublet or triplet therapy versus standard chemotherapy in the BRAF V600E–mutant CRC first line, Grothey said. “Beyond the single-arm phase, there will be a larger, randomized effort to establish a biologic combination as the frontline standard of care,” he noted.

Encorafenib and binimetinib are developed by Array BioPharma; cetuximab, Eli Lilly and Company.