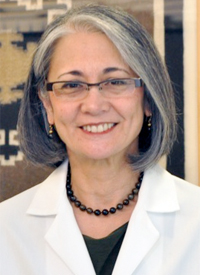 Celestia Higano, MD, FACP
Physicians have more options than ever before for treating men with castration-resistant prostate cancer (CRPC). Now, PARP inhibitors alone and in combinations are demonstrating potential in this tumor setting, but questions about survival benefit, toxicities, and efficacy remain to be answered, according to Celestia S. Higano, MD, who discussed these agents recently at the New York GU™: 12th Annual Interdisciplinary Prostate Cancer Congress® and Other Genitourinary Malignancies meeting.

“Combinations with androgen receptor– targeted therapy, immunotherapy, or even radiation therapy make a lot of biological sense,” said Higano, professor of medicine, oncology, and urology at the University of Washington and a member of the Clinical Research Division at Fred Hutchinson Cancer Research Center, both in Seattle.

The DNA of cancer cells is genetically unstable, Higano said. However, this very instability is what makes PARP inhibitors successful. PARP inhibitors capitalize on single-stranded and double-stranded DNA breaks by interfering with the repair process and promoting tumor cell death.

Multiple repair pathways exist for both single-stranded and double-stranded DNA breaks. BRCA1/2 genes produce tumor suppressor proteins, but when these genes are mutated, cancer cells may develop. PARP proteins are important components of these DNA repair processes. In the presence of a PARP inhibitor, the repair process may malfunction, leading to tumor cell death.

According to Higano, BRCA2 mutations are present in up to 19% of patients who have metastatic CRPC (mCRPC) associated with somatic mutations and chromosomal deletions.

She said results from the phase II TOPARP-A trial (NCT01682772) were the first to demonstrate that PARP inhibitors could exploit the homologous recombination repair (HRR) pathway associated with double-stranded DNA breaks. The trial, scheduled to conclude this year, included 49 evaluable patients with mCRPC who experienced progression following 1 or 2 rounds of chemotherapy. Patients were assigned to 400 mg of twice-daily olaparib (Lynparza) until radiologic progression, unequivocal clinical progression, unacceptable adverse events (AEs), withdrawal of consent, or death.

The overall response rate (ORR) was 33% (16/49). Investigators determined that responders had homozygous (biallelic) deletions, deleterious mutations, or both in DNA repair genes.1 Fourteen of the responding patients, labeled “biomarker-positive,” had DNA repair gene alterations. Both radiographic progression- free survival (rPFS; 9.8 vs 2.7 months) and overall survival (OS; 13.8 vs 7.5 months) were superior compared with results for biomarker- negative patients. In the biomarker-positive group, 7 harbored BRCA2 mutations, 5 had ATM aberrations, and 2 had ATM mutations with no germline events. “Median duration of response was 9 months but, remarkably, the patients who had DNA repair alterations...had an 88% response rate,” Higano said (Table1-4).

On the basis of these data, in 2016 the FDA granted olaparib a breakthrough therapy designation as a treatment for patients with BRCA1/2- or ATM-mutated mCRPC who have received a prior taxane-based chemotherapy and at least one of the following hormonal agents: enzalutamide (Xtandi) or abiraterone acetate (Zytiga).

Investigators plan to enroll approximately 160 men with mCRPC who have germline or somatic BRCA1/2 mutations and evidence of a homologous recombination gene deficiency.

Based on these findings, in October 2018 the FDA granted rucaparib a breakthrough therapy designation for men who have received at least 1 androgen receptor–directed therapy and taxane-based chemotherapy.

Investigators are also assessing single-agent rucaparib in the ongoing, multicenter, randomized phase III TRITON3 trial (NCT02975934). Rucaparib is being compared with physician’s choice of abiraterone acetate, enzalutamide, or docetaxel (Taxotere) in men with mCRPC and HRR deficiency whose disease has progressed despite treatment with prior therapy.

Higano said PARP1 can have an impact on translation of modulators that are related to the androgen receptor (AR), so there may be a synergistic effect between PARP inhibition and AR-targeted therapy.

Investigators tested that hypothesis in a double-blind, randomized, placebo-controlled phase II trial (NCT01972217) at 41 urological oncology sites in 11 countries across Europe and North America. Seventy-one patients with mCRPC were assigned to 300 mg of twice-daily olaparib plus abiraterone and the same number were assigned to placebo plus abiraterone. All patients had previously received docetaxel and were candidates for abiraterone treatment, and all received 1000 mg of once-daily abiraterone and 5 mg of twice-daily prednisone or prednisolone. Fifteen percent of patients had HRR mutations.

Table. Efficacy of PARP Inhibitors Alone and in Combination in Metastatic CRCP1-4

Higano noted that most AEs observed in the study were low grade except for anemia. She added that often these toxicities are tolerable after dose tailoring and become less severe over time, allowing for continued long-term dosing. “Olaparib and abiraterone did seem to be better than placebo and abiraterone,” she said. “This is early news, but it’s interesting nonetheless.”

A Role for Immunotherapy

Recent evidence also suggests that patients with DNA damage repair mutations derive benefit when immunotherapy is added to PARP inhibition, according to findings from a phase I/II study (NCT02484404) of olaparib plus durvalumab (Imfinzi) in 17 men with mCRPC. The median patient age was 66 years (range, 45-79) and all patients had received enzalutamide and/or abiraterone previously.

Investigators performed genomic analysis on tumor DNA for 14 patients and germline DNA for all patients. Four responders had germline alterations in DDR genes: 1 with a known deleterious mutation in NBN and 3 with frameshift mutations in BRCA2. The patients with germline BRCA2 indels had somatic deletion of the second allele.

Investigators concluded that olaparib/ durvalumab induced “deep and sustained responses” in patients with mCRPC. Further, they found that the combination affects both innate and adaptive immunity in these patients, and that may account for the prolonged PFS observed in the study. Higano said there are still unanswered questions surrounding PARP inhibitors. The OS benefit also remains unclear in breast and ovarian cancers, where PARP inhibitors also are FDA-approved.

“Certainly, in the prostate world, some retrospective data suggest that patients with DDRs do respond well to traditional therapies like abiraterone, enzalutamide, and even docetaxel,” she said. “Should we use those first? Right now, that’s where most of us are, but it could be that we will find a better time to place these.”

Furthermore, physicians are not yet sure whether BRCA mutations or other DDR defects will respond best to PARP inhibitors. Higano noted that some studies are exploring ATM mutations as a possible therapeutic target.