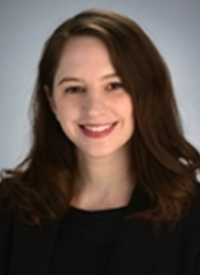 Loperamide in combination with colestipol should be the preferred prophylactic approach to combatting neratinib (Nerlynx)-associated diarrhea in patients with early-stage HER2-positive breast cancer, according to Lauren Nye, MD.

“We try to counsel [patients] on the importance of an aggressive antidiarrheal regimen that could really help mitigate some of that concern, as well as explain to them that the diarrhea tends to be the most severe in the first 2 to 3 months,” said Nye, an assistant professor at The University of Kansas Medical Center. “Their body seems to adapt after that.”

Neratinib, an irreversible pan-HER TKI, was approved by the FDA in July 2017 for the extended adjuvant treatment of patients with early-stage, HER2-positive breast cancer following postoperative trastuzumab (Herceptin). This approval was based on results of the ExteNET trial, which showed that the invasive disease-free survival (iDFS) rate at 2 years was 93.9% with neratinib versus 91.6% with placebo.2

However, the study did include safety concerns. In ExteNET, 16.8% of patients had to discontinue neratinib therapy because of diarrhea. Overall, 95% of patients experienced some form of diarrhea.

In an interview with OncLive®, Nye discussed the promise of neratinib in patients with early HER2-positive breast cancer, as well as ways to ease concern of associated toxicity.

OncLive: Where does neratinib fit into the HER2-positive breast cancer space?

Nye: That's a great question because there has been a lot of progress in HER2-positive breast cancer, and with progress, we are struggling to understand how to incorporate the new information. When the ExteNET trial came out with neratinib in 2016, we saw a lot of people start using it in patients with hormone receptor (HR)–positive, HER2-positive early-stage disease, but [also] high-risk breast cancer. This is because it showed approximately a 2.5% increase in iDFS with the subgroup analysis showing a higher benefit in the HR-positive group. The struggle was that we saw a high amount of diarrhea in that study.

Our goal is always to decrease the risk of cancer coming back to as close to 0% as we can. Patients appreciate this, and neratinib certainly contributes to that. A lot of patients were willing to try neratinib, and as long as they are counseled on the risk and management of diarrhea, they are open to considering it. For some patients, the risk of diarrhea after they have just completed prior therapies that cause diarrhea—with only the chance of benefit—some patients may not be willing to take the drug.

What are some of the prophylactic regimens used to manage the diarrhea?

What were the biggest takeaways from the CONTROL study?

There were several takeaways. First, it is important to address quality of life (QoL) with regard to adverse events that occur in our intervention trials. This is what the study spoke to. It also did show that the combination of loperamide with colestipol had the greatest benefit to patients, and this is probably the regimen everyone should start with.

What is your take-home message about the use of neratinib and its associated toxicity?

We are going to see neratinib continue to be used in the management of patients with HER2-positive breast cancer. Where it fits in today, after the very recent FDA approval of ado-trastuzumab emtansine (T-DM1; Kadcyla) based on the KATHERINE trial, showing a 10% benefit in iDFS when we substitute T-DM1 for adjuvant trastuzumab in patients with residual disease.

We don't really know where neratinib fits into this new standard of care, but I don't think we will see it go away. It's important for every trial that we continue looking at ways to control symptoms and side effects, with a greater focus on QoL.