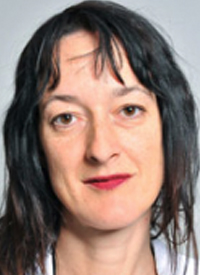 Extended adjuvant treatment with neratinib (Nerlynx) given with or without antidiarrheal prophylaxis was associated with decreases in health-related quality of life (HRQoL) in patients with HER2-positive breast cancer, according to results of an analysis of the ExteNET and CONTROL trials.1

However, while Functional Assessment of Cancer Therapy for Breast Cancer (FACT-B) total score was lowest at month 1 of treatment, changes between the neratinib and placebo arms were similar. Moreover, changes in the FACT-B total score did not meet clinically important thresholds at any point in both ExteNET and CONTROL.

“Diarrhea is the main side effect of neratinib and can be bothersome in some patients,” Suzette Delaloge, MD, Institut Gustave Roussy, Paris, France, stated in a press release.2 “Although this is not a direct comparison, the confrontation of ExteNET and CONTROL data teach us how to prevent grade 3 diarrhea and how to allow better quality of life, together with better adherence of patients to this therapy."

Updated safety results of the phase II CONTROL trial showed that a loperamide prophylactic regimen with or without adding either budesonide or colestipol in patients with HER2-positive early breast cancer who received neratinib led to a significant reduction in incidence and severity of diarrhea.3 These data were compared with a similar patient population from the ExteNET trial, in which patients did not receive the added prophylactic regimen.

In the HRQoL study, results of which were presented at the 2018 San Antonio Breast Cancer Symposium, investigators used FACT-B and EuroQoL 5-Dimensions and performed an indirect comparison of the HRQoL data from both the CONTROL and ExteNET studies. In FACT-B, a 37-item questionnaire that assesses physical, social, emotional, and functional well-being, a higher score indicates a better HRQoL. The questionnaires were electronically completed by patients on both studies; for ExteNET, patients completed it at baseline and at months 1, 3, 6, 9, and 12. For the CONTROL study, patients completed it at baseline and at cycle 2 (month 1), 4 (month 3), 7 (month 6), 10 (month 9), and 13 (month 12).

The changes in scores from baseline were found to be clinically meaningful if they were greater than the clinically important difference (CID) of 7 to 8 points from the FACT-B total score and 2 to 3 points for each FACT-B subscale.

Twenty-eight percent of patients on neratinib in ExteNET discontinued treatment due to treatment-emergent adverse events, and 17% stopped treatment because of diarrhea.

Regarding HRQoL, in ExteNET, 2407 patients were evaluable for FACT-B (neratinib, n = 1171; placebo, n = 1236). Questionnaire completion rates were ≥85% from baseline to month 6 in both the neratinib and placebo groups. Moreover, the rates at later time points were lower in both groups (69% to 79%) because of a protocol amendment that removed the requirement for HRQoL data collection.

In CONTROL, there were 228 patients included in the HRQoL population (loperamide, n = 40; budesonide/loperamide, n = 62; colestipol/loperamide, n = 126). Questionnaire completion rates ranged from 76% to 100% across all time points in all cohorts.

In CONTROL, the FACT-B total scores decreased from baseline in all cohorts, and mean changes from baseline were –6.0 to –1.5 points over the treatment course. In the loperamide and budesonide/loperamide cohorts, the largest FACT-B total scores decreases were evident during months 1 and 3, then followed by lower decreases. Again, these changes never reached clinically meaningful thresholds.

Regarding FACT-B subscales, physical well-being (PWB) was the only area where the CID threshold was crossed in both CONTROL and ExteNET. In ExteNET specifically, FACT-B PWB decreased with neratinib at month 1 before improving at later visits. The mean change from baseline at month 1 with neratinib was –2.9 points and was ≥clinically meaningful thresholds. Changes at later time points were all less than the CID threshold.

In CONTROL, FACT-B PWB decreases were seen in all cohorts throughout treatment, with largest changes from baseline observed at month 1. In the loperamide and colestipol/loperamide arms, there were clinically meaningful threshold changes at 4 of 5 study visits. Changes crossed the CID threshold at months 1 and 3 in the budesonide/loperamide cohort.

Results also showed that aside from the FACT-B PWB subscale, HRQoL changes in other subscales also did not meet clinically meaningful thresholds in either study.

Additionally, changes in FACT-B PWB reached the CID threshold at most time points in the loperamide and colestipol/loperamide cohorts, but meaningful changes were only reported early during treatment in the budesonide/loperamide cohort and in the ExteNET neratinib group.

“We are pleased with the HRQoL data from ExteNET and CONTROL,” Alan H. Auerbach, chief executive officer and president of Puma Biotechnology, the developer of neratinib, stated in the press release. “We look forward to additional data from the CONTROL trial, which may continue to improve HRQoL and adherence to treatment.”

Follow-up and enrollment in the colestipol/loperamide and neratinib dose-escalation cohorts in the CONTROL study are ongoing.