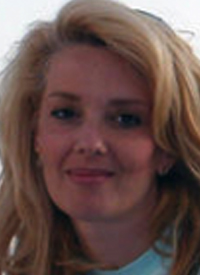 The FDA approved the combination of encorafenib and binimetinib for the treatment of patients with metastatic or otherwise unresectable BRAF V600E/K-mutant melanoma in June 2018, marking the third BRAF/MEK inhibitor combination therapy approved for advanced melanoma. The approval was based on earlier findings from the randomized, open-label, three-armed, two-part, phase III COLUMBUS trial.

Encorafenib is a highly selective ATP-competitive BRAF inhibitor with increased potency against BRAF V600 mutations, which had been demonstrated in preclinical models. Binimetinib is a selective allosteric, ATP-uncompetitive MEK 1/2 inhibitor.

Median exposure to study treatment was 51, 31, and 26 weeks for encorafenib/binimetinib, encorafenib, and vemurafenib, respectively. Grade 3/4 adverse events (AEs) were experienced by 68%, 68%, and 66% of patients in the 3 arms, respectively.

“There were no further safety concerns,” said Gogas. “The incidence of AEs with BRAF/MEK inhibitors did not increase much with an additional 12 months of follow-up.”

“We see with additional follow-up—really no surprise—that the combination of BRAF and MEK inhibitors is still associated with improved OS compared with vemurafenib,” he said. The OS curve plateaus with BRAF/MEK inhibitor combination therapy, “suggesting that we do see durable responses in a subset of these patients,” he said. “That plateau is at about 40%.”

The PFS curve in the combination therapy arm plateaus at about 25%; the discrepancy between the PFS and OS curves may reflect isolated progression treated with radiation or surgery in some patients. However, the main driver may be receipt of subsequent immunotherapy in patients whose disease progresses.

“The big elephant in the room [is]: can we stop targeted therapy on these patients at some point, and if so, who are the patients?” Johnson asked. “Maybe we can use circulating DNA or other metrics to help us but at this point, I think we all feel very uncomfortable with stopping therapy, even in patients with complete responses. It’s also important to note that about 20% of the combination-treated patients, even after a median of 4 years of follow-up, were still actually receiving therapy.”
Liszkay G, Gogas H, Mandalà M, et al. Update on overall survival in COLUMBUS: a randomized phase III trial of encorafenib (ENCO) plus binimetinib (BINI) versus vemurafenib (VEM) or ENCO in patients with BRAFV600–mutant melanoma. J Clin Oncol. 2019;37(suppl; abstr 9512). meetinglibrary.asco.org/record/173422/poster.
Printer Printing...