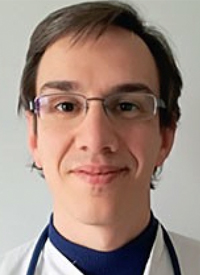 Findings from a small case series of patients with lung cancer added to evidence that afatinib (Gilotrif) is a potentially effective treatment in patients with lung adenocarcinoma who have NRG1 fusions, according to a poster presentation during the 2019 World Conference on Lung Cancer.

Results of the analysis showed that 4 patients with lung adenocarcinoma associated with NRG1 gene fusions all had some degree of response or tumor stabilization when treated with the EGFR inhibitor.

“These findings add to a growing body of evidence suggesting afatinib activity in NRG1 fusion–positive non–small cell lung cancer (NSCLC),” Michael Duruisseaux, MD, of the Lyon Cancer Institute in France, and colleagues reported in a poster presentation during the meeting. “Mutational testing of patients with solid tumors may help to identify potentially targetable genomic aberrations, such as NRG1 fusions. This may be particularly important in lung invasive mucinous adenocarcinoma, where NRG1 fusion prevalence is relatively high.”

NRG1 is a growth factor containing an epidermal growth factor-like domain that binds to ERBB3 or ERBB4 to activate ERBB signaling pathways. Clinically actionable NRG1 gene fusions that may function as oncogenic drivers have been identified in multiple tumor types, including NSCLC, the investigators noted.

NRG1 fusions have an estimated prevalence of about 0.2% in various solid tumors, but the prevalence in lung invasive mucinous adenocarcinoma could be as high as 31%.

A 70-year-old nonsmoking Caucasian female patient had a diagnosis of pan-wildtype, nonmucinous lung adenocarcinoma in 2004 and received 14 prior lines of therapy prior to afatinib, including chemotherapy and targeted agents. The patient initiated afatinib in February 2015, had a rapid initial response, and remained on treatment until March 2017, when she developed progressive disease.

The second case involved a 66-year-old nonsmoking Asian female patient with low body weight. In June 2015, the patient had diagnosis of metastatic nonmucinous lung adenocarcinoma, with multiple lung and lymph node metastases at diagnosis. The patient had received 4 prior lines of therapy, including chemotherapy and targeted agents—specifically nivolumab (Opdivo) and docetaxel/ramucirumab (Cyramza).

Afatinib treatment at 40 mg daily began in December 2017 after detection of a CD74-NRG1 fusion. After several dose adjustments because of diarrhea and malaise, the patient attained a partial response (PR), which was ongoing after 19 months of follow-up. Afatinib is being administered at 20 mg daily.

The third patient was a 68-year-old Caucasian man with a ≥20 pack-year history of smoking. He had a diagnosis of nonmucinous invasive lung adenocarcinoma in January 2016. He received 2 prior lines of therapy: cisplatin/pemetrexed chemotherapy, which led to progressive disease as best response, and nivolumab, which resulted in a PR. The patient remained on the PD-1 inhibitor from September 2016 to March 2017, when the treatment was discontinued because of progressive disease associated with immune hepatitis.

Following detection of an SDC4-NRG1 fusion, the patient initiated afatinib at 30 mg daily in August 2018 and attained stable disease for 4 months. At disease progression, that patient chose not to have further treatment.

A diagnosis of invasive mucinous adenocarcinoma of the lung in August 2016 formed the basis for the fourth case, a 43-year-old nonsmoking Caucasian woman. Her treatment history consisted of pemetrexed/cisplatin chemotherapy plus bevacizumab (Avastin), followed by bevacizumab/pemetrexed maintenance until July 2017. She then received nivolumab until September 2017, when RNA sequencing identified a CD74-NRG1 fusion.

The patient initiated treatment with afatinib at 40 mg daily, which led to a major PR, and treatment is ongoing.