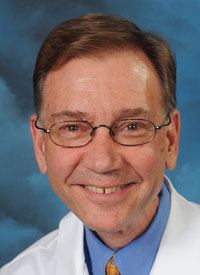 The past 20 years have witnessed a wide range of changes affecting the treatment of patients with prostate cancer. Classification of disease, genomic profiling, chemotherapy regimens, and surgical improvements have improved outcomes for patients and provided clinicians with numerous options for treatment. “It’s been amazing to see the advances that have really revolutionized the field of prostate cancer care,” said Nicholas J. Vogelzang, MD, FASCO, FACP, associate chair of the Genitourinary (GU) Committee for US Oncology Research and vice chair of the GU Committee for SWOG, a worldwide network of investigators who design clinical trials.

In an interview with Urologists in Cancer Care®, Vogelzang, who is also a medical oncologist with Comprehensive Cancer Centers of Nevada, Las Vegas, and a 2018 Giants of Cancer Care® awardee, discussed groundbreaking developments that have transformed the treatment of prostate cancer, as well as current issues in urology.

The ability to subdivide prostate cancer into types of disease has made matching patients with treatments easier, and refinements in testing have facilitated this, Vogelzang said. Genomic tests, especially, have improved patient selection, although much remains to be understood about the significance of genetic biomarkers and how they should be addressed.

Refinements in hypofractionation, involving higher doses of radiotherapy over a shorter period, and robotic surgery, which provides for minimally invasive work with the dexterity of a human hand, are 2 enormous advances in the field of prostate care. “Radiation has shown us that shorter hypofractionation can be safely and effectively given, shaving weeks off what used to be an 8 or more-week treatment course, which now can be given in just 5 weeks and, in some cases, as little as 5 days. It is a major shift toward more efficient treatment for patients who need radiation,” Vogelzang said.

Improved screening has saved many men the hardships of unnecessary treatment, although confusing standards have complicated the picture. Much remains to be understood about the role of prostate-specific antigen (PSA) testing. Screening recommendations from the US Preventive Services Task Force have at times caused more hardship, not less, Vogelzang said. More refinement of these guidelines is needed, particularly for African American men, who are in a high-risk category, he said.

The emergence of androgen pathway drugs that stall hormone production, a source of fuel for cancer, represents a major advance over the past 10 years.

Chemotherapy in metastatic and hormone-sensitive disease was initially thought to be ineffective, but that has largely proved untrue, Vogelzang said. In addition, “it seems there is a benefit to chemotherapy in earlier stages of prostate cancer, although that is hotly debated and not yet finalized.”

With all these developments, the treatment of prostate cancer and, more broadly, all urologic cancers has become an intensely complex medical science demanding a high degree of specialization and training, Vogelzang said. For this reason, he is leery of the trend toward bringing immunotherapy and targeted therapy into urologic practices, unless these doctors have the resources and expertise necessary to fully grasp the essentials of such advances. That said, exciting developments are emerging in clinical trials that should interest urologists. One of these is the use of radioligand therapy with 177Lu-PSMA-617 in the VISION trial (NCT03511664) for the treatment of metastatic castration-resistant prostate cancer, Vogelzang noted. In addition, the approval of darolutamide augments the palette of androgen antagonists, although this shows little advantage over existing drugs in its class, and the challenge for oncologists will be to correctly select from this group, he said.

Urologists in Cancer Care: What have been the major changes in the treatment of prostate cancer in recent decades?

The second major advance was the introduction of genomic profiles. Essentially, what they do is further subdivide prostate cancer. If you look at a patient with Gleason scale grade 2 or grade 1 prostate cancer, and then you do a genetic panel, suddenly you find their cancer has a worse genetic profile. These tests have been helpful and are becoming widely used.

Next is 3 Tesla [3T] magnetic resonance imaging [MRI], which has given us a whole new window into the world of prostate cancer. You can now see the lump or mass and determine whether it is in the prostate or outside and see its size. [The 3T MRI] has really given a big impetus to the field of active surveillance; if you have a patient with a grade 1 Gleason score and the MRI shows no cancer, that is a very good thing. Some clinicians still do the genomic profiling to make it even clearer. There are hundreds of thousands of men who have been saved the toxicity of radiation or surgery because of these tests. Now, many times, the insurance companies are still not paying for these tests, so that is still a barrier, but they have made a big impact on a broad population of patients.

Number 4 is the genetics of the cancer itself—looking at the specific genetics of BRCA1/2, CHEK2, all these various genes—and right now we don’t have exact knowledge as to what they mean. But these data are very helpful when patients have metastatic disease; it can be treated with PARP inhibitors. This has implications also for the family. We have these great stories where a genetic abnormality is picked up, and we tell the patients to go talk to their family, and lo and behold, someone in the family is given a diagnosis of early-stage breast cancer or discovers an early malignancy like a melanoma.

In addition to the advantages of hypofractionation, there have been improvements in surgery. Surgery has really moved, to a large extent, to the robot. Robotic surgery has made life much easier for the patient, and although it’s more expensive, it has reduced the length of stay, reduced the need for blood transfusions, reduced postoperation complications, and, across a wide variety of operative indications, improved outcomes for patients.

The treatments for metastatic disease have focused on the androgen receptor pathway. The past 10 years have brought us abiraterone [Zytiga], enzalutamide [Xtandi], and now apalutamide [Erleada]. These drugs are highly effective, and they are based on the discovery that prostate cancer was being driven by its own perpetual motion machine, producing its own male hormones.

Another big advance has been in the treatment of hormone-sensitive prostate cancer. [Results of] the CHAARTED study [NCT00309985] showed that chemotherapy [docetaxel] when added to leuprolide [Lupron] or an LHRH [luteinizing hormone-releasing hormone] agonist improved overall survival in men in certain highrisk categories. Then came STAMPEDE [NCT00268476], and those results showed the same, as well as showing that [the combination] worked in all subsets of hormonesensitive disease, not just a high volume. And then a French study, which was previously thought to be negative, called GETUG-13 [NCT00104676] was reanalyzed and did in fact show the same trend, namely a trend in favor of chemotherapy for high-volume disease. These moved chemotherapy earlier into the treatment.

[These data] have presented patients with sometimes very difficult choices. Do they take chemotherapy, which is short but has toxicity, or pills, which are very expensive and have to be given for long periods of time?

Results of one important study showed that cabazitaxel compared with docetaxel was equally effective and less toxic. A lower dose [of cabazitaxel] could be given, and in fact, cabazitaxel doesn’t cause hair loss, which is a quality- of-life issue.

Gaps in the Field

Where are we missing things? We’re missing in patients who become refractory to taxanes and who become refractory to enzalutamide and abiraterone. We did have 1 glimmer of hope in more advanced disease with radium 223 [Xofigo]. Radium 223 showed a survival advantage for that population, so it is a major life extender and improves quality of life. And we do have drugs beyond the hormones, the pills, and the chemotherapy, and those include sipuleucel-T [Provenge].

How reliable are current standards for PSA testing?

PSA is an enormous help in both early- and late-stage disease. The unfortunate problem is that it is not able to distinguish among grade groups 1 to 5, so there was widespread testing. Many people underwent surgery and radiation, somewhat needlessly. The US Preventive Services Task Force discouraged the use of PSA for prostate cancer screening [in 2012], and that was a complete overreaction and led to an increase in the rate of prostate cancer cases diagnosed in advance stages, a decrease in the use of surgery and radiation, and an increase in death rates.

The US Preventive Health Services Task Force then said you should discuss testing with a patient, but at least they said you should test. They did not [address testing in] African American patients, who have a much more aggressive type of cancer and a higher rate of grade group 5 or 4. I don’t think we have solved the problem of what is the right test at the right time for the right patient.

Are urology practices the right setting for delivery of immunotherapy and targeted therapy?

This is a field for specialists; it’s not a field for generalists. More and more, at our practice in Nevada, the urologists are referring patients with prostate [cancer to us] right away. Just as breast cancer has moved toward specialization, there are now specialists in prostate cancer. And that trend will only continue.

Our group has 2 full-time medical oncologists out of 34 who focus mostly on prostate cancer and other GU cancers. That same trend is occurring in urology. One difficulty is that urologists also have to perform robotic prostatectomies, so some urology groups have focused on the surgeon becoming the only robot specialist. Other groups, if they are large enough, have added a doctor or two for the nonsurgical approach, and that is laudable, but many times it pulls that urologist in many different directions. He or she is then meant to be a surgeon specializing in robotic surgery, spending many hours in the operating room, in addition to dealing with all the complexities of hormone therapy, chemotherapy, and immunotherapy. And I don’t know whether that’s feasible, honestly.

I view the field as breaking down into highly specialized urologic surgeons who perform robotic [procedures] almost exclusively and then a subset of urologists who deal with advanced metastatic disease. I think these fault lines are only going to continue to be accentuated and some urologists are going to try to do a little bit of both and be more like general medical oncologists. They may find themselves not fully prepared for the complexities that they’re [going to] face.

What developments should urologists pay attention to right now?

There is also a series of new radioactive substances. Lutetium-177 for prostate cancer is the first, and there are others coming down the pike, but they’re years away. So right now, we have just radium, and, hopefully, we’ll have lutetium-177, and those will be the maximum that we can expect in the near term.
Printer Printing...