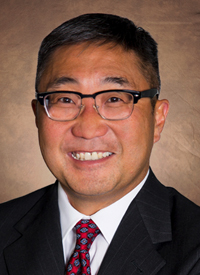 The first-in-class cytokine agonist N-803 combined with BCG produced an 89% complete response (CR) rate in 16 of 18 evaluable patients in the population with CIS.1 In addition, early efficacy in the papillary cohort of the trial demonstrated a 6-month recurrence-free survival (RFS) rate of 77% (10 of 13 patients).

The findings may help in the development of a significant change in the NMIBC treatment paradigm. Current standard of care is cystectomy after BCG failure, according to AUA and National Comprehensive Cancer Network guidelines. BCG for NMIBC will fail in up to 40% of patients.2

N-803 uses the antibody immunoglobulin (Ig) G1 Fc in combination with the cytokine IL-15N72D and the receptor IL-15Rα. Normal IL-15 signaling via transpresentation with IL-15Rα selectively induces CD8-positive and natural killer (NK) cells to attack tumor cells. If this does not occur, the immune response is muted. N-803 mimics transpresentation of the cytokine agonist.

The IL-15N72D mutation enhances binding to IL-2Rβ, driving the proliferation and activation of NK and T cells. IL-15Rα allows selective transpresentation to only the IL-2Rβ γ chain of NK and CD8-positive T cells without binding to regulatory T cells. IgG1 Fc increases agent half-life, lymphoid recycling, and homing and binding of immune cells to tumor cells.

“Adverse events were very similar to any other intravesical therapy—localized hematuria and urinary frequency. Surprisingly, all 9 patients had disease-free survival at 24 months,” said Chang, the Patricia and Rodes Hart Endowed Chair of Urologic Surgery and a professor in the Department of Urology at Vanderbilt University Medical Center in Nashville, Tennessee. The findings led to initiation of the current phase II trial.

The current single-arm, open-label study has a target recruitment goal of 160 patients (80 with CIS; 80, papillary). The primary endpoints are complete response for the CIS arm and 12-month disease-free survival for the papillary arm. A total of 62 patients have enrolled to date.

Both arms are enrolling patients with BCG-unresponsive bladder cancer. Among the 35 patients enrolled to date in the CIS arm, there have been 16 CRs in 18 evaluable patients (89% CR). Four patients have progressed and discontinued the trial. Two who discontinued went on to have cystectomies, and 2 received intravesical chemotherapy. “This is in a BCG-unresponsive population and built into the trial design is a 2-year maintenance protocol,” Chang noted. “Although this is early on, it’s significant in terms of a complete response rate.”

In the papillary cohort, 27 patients have enrolled to date and 3 have discontinued. “The primary endpoint was 12-month disease-free survival, but at this point, the 6-month [RFS] was impressive at 77%. All 3 of the patients who are off trial are receiving intravesical therapy,” Chang said.

Chang noted that adverse events (AEs) so far are similar to those typically associated with BCG administration. He reported 5 severe AEs to date, 2 in the CIS cohort and 3 in the papillary cohort. Notably, all the severe AEs were considered transient and unlikely related to the combination of N-803 and BCG, with the most common severe AEs being lower urinary tract problems.

“This agent appears to be well tolerated when combined with BCG. It produced a significant CR rate in patients with CIS, as well as a significant disease-free rate for Ta/T1 disease, but this is clearly early on for the study, so longer follow-up is mandatory to determine the ultimate success of this therapy,” Chang concluded.