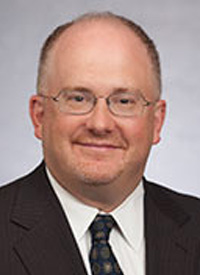 Patients with proliferative or mesenchymal ovarian tumors treated with bevacizumab (Avastin) had superior progression-free survival (PFS) and a trend toward improved overall survival (OS) compared with patients with immunoreactive or differentiated tumors, according to results published in Clinical Cancer Research.

In univariate analysis, adding bevacizumab to standard chemotherapy with carboplatin and paclitaxel was associated with a median PFS of 21.9 months versus 11.8 months for standard chemotherapy alone in patients with the proliferative subtype of ovarian tumors. That represents an improvement of 10.1 months (HR, 0.55; 95% CI, 0.34-0.90; P = .016).

“We demonstrate that molecular subtypes with the poorest survival (proliferative and mesenchymal) derive a comparably greater benefit from treatment which includes bevacizumab,” the researchers wrote. “Taken together, these data indicate that stratifying patients by molecular subtype could be an effective therapeutic strategy for ovarian cancer.”

In the paper, Stefan Kommoss, MD, with the department of women’s health at Tuebingen University Hospital in Tuebingen, Germany, and his colleagues noted that antiangiogenic treatment is crucial to treating in ovarian cancer, but there is no biomarker identifying which patients are most likely to benefit. They designed this study to determine whether there was a correlation between ovarian cancer molecular subtypes and outcomes after treatment with bevacizumab.

Researchers reviewed gene expression array data from patients enrolled in the AGO-OVAR11 trial, the German cohort from the ICON7 multicenter phase III trial. In that trial, women with peritoneal, tubal, or ovarian carcinoma were randomly assigned to carboplatin and paclitaxel with or without bevacizumab.

In preliminary OS results, only the proliferative subtype showed a statistically significant trend toward improved OS (HR, 0.50; 95% CI, 0.24-1.03; P = .06). Multivariate analysis showed that any improvements in OS in the mesenchymal, immunoreactive, and differentiated groups were nonsignificant.

“The present investigation is the first to examine the correlation of ovarian cancer molecular subtypes with outcome after treatment with bevacizumab in a randomized controlled phase III trial of primary ovarian cancer,” wrote Kommoss et al. “We show that the proliferative and mesenchymal molecular subtypes appear to benefit most, with a prolongation in PFS and a trend toward greater OS.”

Brian Slomovitz, MD, director of the division of gynecologic oncology at the University of Miami Sylvester Comprehensive Cancer Center, reviewed the results for OncLive. While he said the findings had “great promise,” it’s impossible to draw any conclusions until the results are validated in a prospective study.

“This study reflects great potential,” he said. “Why do we want to identify patients who respond to different therapies? One, so patients can be directed toward that therapy. But perhaps more importantly, to prevent a patient from receiving a noneffective therapy, one in which they’d only be receiving side effects without the potential benefit.

“It’s an interesting idea. It’s a great idea. In order for us to get better at treating patients with cancer, we need to do a better job identifying different subgroups of patients who will respond to different therapies.”
Kommoss S, Winterhoff B, Oberg AL, et al. Bevacizumab may differentially improve ovarian cancer outcome in patients with proliferative and mesenchymal molecular subtypes. Clin Cancer Res [published online February 3, 2017]. doi:10.1158/1078-0432.CCR-16-2196.
Printer Printing...