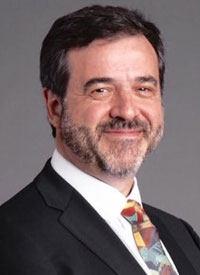 Following several demonstrations of equivalent safety and efficacy with their reference products, Francisco J. Esteva, MD, PhD, anticipates that biosimilars will take on a greater role in cancer medicine due to their cost-savings potential.

“Several clinical trials have shown that trastuzumab (Herceptin) biosimilars are as effective and as safe as the originator trastuzumab,” said Esteva. “I believe biosimilars will be used in breast cancer because of the cost benefit they can provide.”

Each approval is based on a compilation of safety and efficacy data between the biosimilar and the reference product. For example, in the phase III HERiTAge trial—the first trial to lead to an approval of a trastuzumab biosimilar—women with metastatic HER2-positive breast cancer were randomized to receive either the biosimilar MYL-1401O or trastuzumab, each followed by docetaxel or paclitaxel. At week 24, the objective response rate (ORR) was 69.6% in the biosimilar arm versus 64.0% in the trastuzumab arm.1

According to 48-week follow-up from the trial presented at the 2018 ASCO Annual Meeting, the median progression-free survival (PFS) was similar in both arms at 11.1 months; the confidence intervals for the median PFS for MYL-1401O (8.81-11.20) and trastuzumab (8.60-11.20) were similar (P = .842), providing further evidence of the agent’s similarity to reference trastuzumab.2 In December 2019, MYL-1401O was launched in the United States for the indications in which it was approved in a 420-mg multidose vial and a 150-mg single-dose vial.3

In the next several years, more biosimilars are poised to enter the market with the advantage of lower pricing, said Esteva.

In an interview with OncLive, Esteva, director, Breast Medical Oncology Program, and research professor, Department of Pathology, NYU Langone Health’s Perlmutter Cancer Center, discussed the cost-saving potential of biosimilars in breast cancer and historical experience with their use.

OncLive: What are your thoughts on biosimilars in breast cancer?

Esteva: The FDA has approved several biosimilars for trastuzumab already. I believe we will be seeing more and more use of these products. Because they are equivalent [to the reference product] in terms of efficacy, they will have to compete in terms of cost. I don't have any concerns about using a trastuzumab biosimilar as long as it has been shown to be as safe and effective as the original product.

Where have biosimilars been used most extensively?

Biosimilars have been widely used and adopted in Europe. They have been used in other areas like rheumatology [with] tumor necrosis factor–alpha antibodies for rheumatoid arthritis and other conditions. Supportive care biosimilars have been used in Europe, as well as the United States with granulocyte colony-stimulating factor (G-CSF), for example. I believe that both oncologists and patients are very comfortable with using those agents. There's a little bit more anxiety when we talk about biosimilars for therapeutic monoclonal antibodies. However, from what we've seen in other countries, [biosimilars] will be used [more in the United States in the future].

Could you speak to the cost-savings potentials of biosimilars?

Cost is a different issue. [We don’t know] how much the cost will go down [with these products]. The cost went down by about 30% in Europe, which is a significant savings that could be used for [the development of other] therapies. We’re going to have to balance the budget a little bit [if we want to continue to develop new drugs]. We have to keep in mind that these are expensive medications; biologics require significant technology [to develop]. These agents are not as easy to make as generics, which [consist of] chemicals. The [drugs are still going to be] expensive, and there is a limit to how much [biosimilars can bring that cost] down. However, I believe there will be significant use for them in the future.