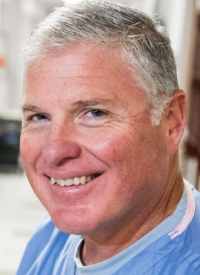 The findings of the phase III CARMENA trial, which showed that sunitinib (Sutent) alone was noninferior to cytoreductive nephrectomy followed by sunitinib in patients with intermediate- and poor-risk metastatic renal cell carcinoma (mRCC), were surprising to oncologists and urologists in the field, explained Paul R. Eber, MD.

Results showed that the median overall survival (OS) in patients treated with the VEGF TKI alone was 18.4 months versus 13.9 months in the sunitinib/nephrectomy arm (HR, 0.89; 95% CI, 0.71-1.10). The prespecified noninferiority margin was ≤1.20 for the upper bound of the confidence interval. Moreover, significant differences in response rate or progression-free survival were observed.

A total of 450 patients with mRCC were enrolled in the trial from September 2009 to September 2017. At the time the data were published in the New England Journal of Medicine, median follow-up was 50.9 months and 326 deaths were reported. Patients were stratified using the Memorial Sloan Kettering Cancer Center prognostic model. Sunitinib was administered at the standard dose of 50 mg daily in cycles of 4 weeks on, 2 weeks off every 6 weeks.

The community had eagerly awaited results of this trial, with the hope that the role of cytoreductive nephrectomy would become more well-defined, said Eber. Instead, he added, it led to a need for a more individualized treatment approach for patients with mRCC.

In an interview during the 2018 OncLive® State of the Science Summit™ on Genitourinary Cancers, Eber, a urologist at Conrad-Pearson Clinic, discussed how the findings from CARMENA impact mRCC treatment and what challenges remain.

OncLive: What is the role of cytoreductive nephrectomy in patients with mRCC?

Eber: As urologists, when we see patients diagnosed with kidney cancer, we automatically think that [the tumor] needs to come out. One of the things that has been interesting to me is learning more about cytoreductive nephrectomy because we do not see many patients presenting with advanced disease. We will have the opportunity to learn a lot about high-volume disease.

What was the biggest takeaway from the CARMENA trial?

We all need to agree that urologists should refer the patient to a medical oncologist before deciding which [treatment approach] to take. I don't think CARMENA speaks to every patient with mRCC; this trial seemed to focus on intermediate- and high-risk patients. There are some flaws in the trial that have been pointed out by commentators. If, and when, we do see these patients with mRCC or high-volume disease, we should not be jumping into surgery because it might be doing a disservice to the patient. CARMENA [focused on] sunitinib, but now we have several targeted agents to choose from.

Could the CARMENA results be applied to other available TKIs?

It can, and [an area of interest] moving forward is the concept of [neoadjuvant] therapy followed by nephrectomy. That is where we should be working with our medical oncology colleagues in the future.

What are some factors used to determine whether a patient will benefit from nephrectomy?

If you have someone who looks like they have an easily resectable cancer with limited metastatic disease, [then that is the type of case] we're looking for. Even our medical oncologists would agree that those patients would benefit from surgery first, especially if they have low-volume disease. It will be interesting to see what we find out with all these additional trials that are in the works. I know there is at least 1 phase II study showing benefit to targeted therapy first, followed by nephrectomy, in patients who we [determine to be good] surgical candidates.

What is the biggest remaining challenge in this space?

The CARMENA trial used the Memorial Sloan Kettering prognostic model. Now, more people use the International Renal Cell Carcinoma Risk Criteria for prognosis. We don't even think about that nowadays. This is why it is important for us to refer patients immediately to a medical oncologist, specifically a genitourinary medical oncologist. They can do those assessments.

However, it's an exciting time in this space. There are so many new therapies coming out and so many combinations. As surgeons, we don't see too many of these metastatic patients right out of the box.
Mejean A, Ravaud A, Thezenas S, et al. Sunitinib alone or after nephrectomy in metastatic renal cell carcinoma. N Eng J Med. 2018;379(5):417-427. doi: 10.1056/NEJMoa1803675.
Printer Printing...