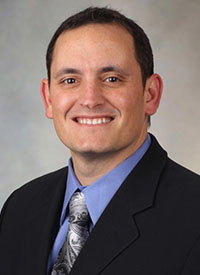 The metastatic renal cell carcinoma (mRCC) paradigm has evolved with a multitude of systemic therapies and pivotal data in recent years, challenging the role of cytoreductive nephrectomy, said Erik P. Castle, MD. However, he added, the approach can still be utilized in select patients.

Updated findings presented at the 2019 ASCO Annual Meeting focused on the International Metastatic Renal-Cell Carcinoma Database Consortium (IMDC) intermediate-risk population. This final analysis, with a cutoff date of October 20, 2018, had a median follow-up of 61.5 months (range, 0.0-100.7). In the intent-to-treat population, results showed an updated median OS of 15.6 months with cytoreductive nephrectomy/sunitinib compared with 19.8 months for sunitinib alone (HR, 0.97; 95% CI, 0.79-1.19).2 In the IMDC intermediate-risk subgroup, the median OS was 19.0 months and 27.9 months with cytoreductive nephrectomy/sunitinib and sunitinib alone, respectively (HR, 0.94; 95% CI, 0.70-1.24).

The investigators concluded that the updated data confirmed that, overall, cytoreductive nephrectomy should not be considered the standard of care for patients with mRCC; however, the approach could still be beneficial if patients have only 1 IMDC risk factor (especially 1 metastatic site), or if it is given after patients achieved a good response to initial systemic therapy.

"Cytoreductive nephrectomy is not dead, but patient selection is critical,” said Castle. “Having a multidisciplinary team that works closely allows us to offer advanced surgical and systemic therapies that are available to patients with metastatic and locally advanced RCC.”

In an interview with OncLive® during the 2019 State of the Science Summit™ on Genitourinary Malignancies, Castle, a professor of urology at Mayo Clinic, discussed the role of cytoreductive nephrectomy in RCC based on interpretation of the CARMENA trial results.

OncLive: The data from the CARMENA trial sparked some debate. What are your thoughts on the findings?

Castle: The problem with CARMENA was that [there was an] argument that single-agent sunitinib isn't the standard of care anymore because we are using combinations [of other drugs].

Furthermore, when we look at the trial very closely, they had quite a few high-risk patients. In fact, the surgery arm had more high-risk patients than the sunitinib-alone arm, which would indicate that a lot of patients who would normally benefit from cytoreductive nephrectomy were not included in this trial.

However, this trial highlights that there are patients who will not benefit from surgery, and that not everyone should proceed with cytoreductive nephrectomy.

The patients who are referred to me for cytoreductive nephrectomy by my medical oncology colleagues often have good performance status. From a risk-stratification standpoint, they have good- or intermediate-risk disease. In some cases, cytoreductive nephrectomy is for palliation; relieving those symptoms from locally advanced disease may be very beneficial for patients.

Is the optimal patient for cytoreductive nephrectomy someone who is more fit?

Yes. [Investigators] have looked at a variety of prognostic models that can be used to make a decision on whether the patient will benefit from surgery. The most consistently used [criteria] is the Memorial Sloan Kettering Cancer Center stratification for RCC. However, a variety of other models exist, including lactic acid dehydrogenase, calcium, white cell ratios, and sarcomatoid features.

Patient with multiple metastases may not do well with surgery to begin with. Their labs are outside [of the normal range], so you may steer that patient toward systemic therapy first. If they do well, you might consider cytoreductive or consolidative surgery later.

Being that the landscape has dramatically shifted, how can we interpret the CARMENA results in this new era?

Looking through the patients and figuring out who is going to be best suited for surgery is probably what most of us are taking away from CARMENA.

Also, we have to remember that the surgical era today is very different than it was 10 to 15 years ago. Many times, a cytoreductive nephrectomy included a very large chevron, flank, subcostal, or midline incision. In many cases today, we are performing minimally invasive surgeries for these patients, even if they have an [inferior] vena cava thrombus. They are actually being discharged the next day.

Getting [patients] to that desperately needed systemic therapy is a much shorter time frame than it used to be. Again, CARMENA gave us insight that we needed to be selective about who to offer surgery to. At the same time, I don't think cytoreductive nephrectomy is dead at this time.

Has the setting in which cytoreductive nephrectomy is performed been established, and has there been research evaluating it at different time points?

We know from some meta-analyses and various trials on cytoreductive nephrectomy about surgical complications, what we can expect from patients, and patient demographics [with regard to cytoreductive nephrectomy]. Primarily from those data, we can parse out who we are going to offer surgery to. Anyone who you can perform metastasectomy safely along with surgery is going to benefit the most from surgery.

I would hope so, but it depends on where [in the country you] are. Most patients are going to be at a multidisciplinary cancer center or an academic center. Those approaches should be offered to them. It is still most important to get the cancer out, but we are seeing a rapid evolution of these minimally invasive techniques, particularly with the introduction of robotic technology. It is spreading, which is a good thing for patients. They are getting surgery that is going to help them, while still allowing them to get to systemic therapy quickly.

Could you elaborate on some of those techniques?

For example, we are using robotic surgery for any stage III or higher RCC or renal mass. It allows us to reconstruct the vena cava if there is caval thrombus, and it allows us to do an extensive lymphadenectomy. While lymphadenectomy has not been shown to offer a significant survival advantage, it does help us with staging. Also, it helps my colleagues in medical oncology to decide who they may or may not add adjuvant therapy to for locally advanced disease.

At our institution, we have thoracic surgeons who do these surgeries robotically. Therefore, a patient may have a cytoreductive nephrectomy, and if they have a couple metastases on the ipsilateral side of the lung, [they can have] a minimally invasive lung resection at the same time.

Image-directed or image-guided surgery is getting better in the sense that we can overlay some of imaging. We can then do a better job of ensuring we can resect what needs to be resected.

If we have a patient who has a solitary kidney mass, with oligometastatic disease and a lesion that may be amenable a partial nephrectomy, we will do a partial cytoreductive nephrectomy, local disease resection, and then perhaps a metastasectomy. We want to still preserve that kidney function so they can do well with their systemic therapy. That is where we are going, and it is going to be more of an evolution of the image guidance throughout surgery.