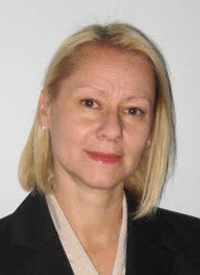 Uncommon mutations such as these represent less than 10% of the EGFR mutations found in NSCLC patients, but are associated with poor prognosis and survival, Boehringer Ingelheim, the manufacturer of afatinib, noted in a press release.

The FDA grants priority review designation to drugs that have the potential to provide significant improvements in the safety or effectiveness in the treatment, diagnosis, or prevention of serious conditions compared to available therapies. Under priority review, the FDA typically takes action within 6 months of receiving a supplemental application rather than the standard 10 months.

“Afatinib showed activity in patients with non–small cell lung cancer tumors that contained the more frequently reported types of uncommon EGFR mutations,” the investigators wrote. “Although these data should be interpreted with caution because of the small number of patients assessed in this study, these data might inform therapeutic options for patients with non–small cell lung cancer with uncommon EGFR mutations.”

At the time of the analysis, 71 patients (95%) of patients assigned to afatinib had discontinued treatment, 48 of whom had initiated other systemic anticancer treatments. Across all subsequent lines of treatment, 59% patients received chemotherapy and 20% received an EGFR TKI. Of the 17 patients who received subsequent treatments in the chemotherapy group, 48% were given an EGFR TKI and 32% were given additional chemotherapy.
Yang JC-H, Sequist LV, Geater SL, et al. Clinical activity of afatinib in patients with advanced non-small-cell lung cancer harboring uncommon EGFR mutations: a combined post-hoc analysis of LUX-Lung 2, LUX-Lung 3, and LUX-Lung 6. Lancet Oncol. 2015;16(7):830-838. doi.org/10.1016/ S1470-2045(15)00026-1.
Printer Printing...