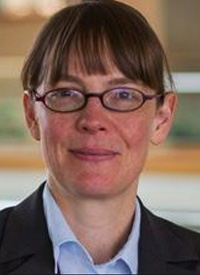 The FDA has granted a priority review designation to a supplemental biologics license application (sBLA) for the combination of nivolumab (Opdivo) and ipilimumab (Yervoy) for the first-line treatment of patients with metastatic or recurrent non–small cell lung cancer (NSCLC) that does not have EGFR or ALK genomic tumor aberrations.1

The sBLA is based on findings from part 1 of the phase III CheckMate-227 trial, in which nivolumab combined with ipilimumab demonstrated a significant improvement in overall survival (OS) compared with chemotherapy alone in patients with previously untreated NSCLC.2,3 In a cohort of patients with PD-L1 expression ≥1%, the median OS with nivolumab and ipilimumab compared with chemotherapy was 17.1 months and 14.9 months, respectively (HR, 0.79; 97.72% CI, 0.65-0.96; P = .007). Moreover, the median OS was 17.1 months with the combination and 13.9 months with chemotherapy in all randomized patients, regardless of PD-L1 expression status (HR, 0.73; 95% CI, 0.64-0.84).

The safety profile of the combination was also consistent with previously reported trials; no new safety signals were observed. Under the Prescription Drug User Fee Act, the FDA will make a decision on the sBLA by May 15, 2020.

“The FDA’s acceptance of our application for Opdivo plus Yervoy represents an important milestone for patients with lung cancer in the United States, where, despite recent treatment advances, lung cancer remains the cause of more than 150,000 deaths each year,” Sabine Maier, MD, development lead, thoracic cancers, Bristol-Myers Squibb, the developer of the PD-1 and CTLA-4 inhibitors, stated in a press release. “Lung cancer is the third tumor type where the combination of Opdivo and Yervoy has demonstrated significant long-term overall survival benefit in a randomized phase III trial, which further validates the immunologic rationale for dual immuno-oncology therapy.”

In part 2 of CheckMate-227, nivolumab plus chemotherapy was compared with chemotherapy alone in patients with advanced NSCLC, regardless of PD-L1 expression.

Nivolumab was administered at 3 mg/kg every 2 weeks, and in the combination arm, 1 mg/kg of ipilimumab was given every 6 weeks. Treatment was administered until disease progression, unacceptable toxicity, or for 2 years for immunotherapy.

To be eligible for enrollment, patients must have had stage IV or recurrent NSCLC, had received no prior systemic therapy, no sensitizing EGFR mutations or ALK alterations, no untreated central nervous system metastases, and an ECOG performance status of 0 or 1. Patients were stratified by squamous and nonsquamous histology.

Additional results showed that, in the cohort of patients with PD-L1 ≥1% expression, the 1- and 2-year OS rates were 63% and 40% with nivolumab/ipilimumab and 56% and 33% with chemotherapy, respectively.

Additionally, no new safety findings of the combination were reported with longer follow-up in part 1. Grade 3/4 treatment-related adverse events were reported in 32.8%, 19%, and 36.0% of patients in the nivolumab/ipilimumab, single-agent nivolumab, and chemotherapy arms, respectively.

Previously reported findings with CheckMate-227 have been mixed. In July 2019, BMS announced that part 2 of the trial did not meet its prespecified primary endpoint of OS with the combination of nivolumab and chemotherapy compared with chemotherapy alone in patients with nonsquamous NSCLC, regardless of PD-L1 expression status (HR, 0.86; 95% CI, 0.69-1.08).4 The median OS for patients treated with nivolumab/chemotherapy was 18.8 months versus 15.6 months for chemotherapy, and the 1-year OS rate was 67% compared with 59%, respectively.5

However, in an exploratory analysis of patients with squamous NSCLC, the median OS was 18.3 months for first-line nivolumab plus chemotherapy compared with 12.0 months for chemotherapy (HR, 0.69; 95% CI, 0.50-0.97).

In January 2019, BMS withdrew its sBLA for the combination of nivolumab and ipilimumab for the first-line treatment of patients with advanced NSCLC with TMB ≥10 mut/Mb following discussions with the FDA.6

The agency had initially accepted the sBLA in June 2018 based on additional data from the phase III CheckMate-227 trial, which showed that the 1-year PFS rate was 43% for patients with high TMB assigned to nivolumab/ipilimumab compared with 13% for those assigned to platinum-doublet chemotherapy.7

In October 2018, BMS submitted an exploratory OS analysis to the FDA from part 1 of the CheckMate-227 trial, which comprised a TMB <10 mut/Mb subgroup of patients with stage IV or recurrent NSCLC who had not received prior therapy. With those updated findings, the FDA extended the review period by 3 months, which made the new action date May 20, 2019. Yet, the new data showed no difference in survival outcomes between patients whose tumors had high or low levels of TMB.

Nivolumab is currently indicated for the treatment of patients with metastatic NSCLC who have disease progression on or after platinum-based chemotherapy.