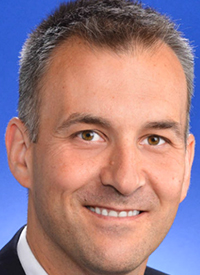 The FDA has granted a priority review designation to a new drug application (NDA) for quizartinib for the treatment of adult patients with relapsed/refractory FLT3-ITD–positive acute myeloid leukemia (AML), according to Daiichi Sankyo, the manufacturer of the FLT3 inhibitor.

The priority designation, which follows a breakthrough therapy designation, is based on findings from the phase III QuANTUM-R study. Results from the trial presented at the 2018 EHA Congress showed that quizartinib reduced the risk of death by 24% compared with salvage chemotherapy in patients with FLT3-ITD–positive relapsed/refractory AML after first-line treatment with or without hematopoietic stem cell transplantation (HSCT).

Updated results are scheduled to be presented at the 2018 ASH Annual Meeting. Under the Prescription Drug User Fee Act, the FDA action date for a decision on the application is May 25, 2019.

"Coupled with the recent acceptances of marketing applications for quizartinib in Japan and EU, we look forward to working with regulatory authorities in the U.S., Japan and EU to bring quizartinib to patients," added Lesegretain.

Data from the QuANTUM-R study (NCT02039726) confirmed the efficacy and safety of quizartinib that was observed in previous trials and showed the value of therapy targeting FLT3-ITD. It is the first trial to demonstrate improved OS for FLT3-ITD–associated AML patients who are treatment resistant or who relapsed after prior therapy.

FLT3-ITD is a common driver mutation that carries a poor prognosis, including a high risk of relapse, decreased response to salvage therapy, and poorer OS.

QuANTUM-R enrolled patients 18 years or older with refractory AML or who had relapsed 6 months or less following complete remission (CR) after receiving standard AML therapies. The study allowed participation regardless of whether the patient had received stem cell transplantation; patients assigned to the quizartinib arm were allowed to resume this treatment following transplantation. However, patients receiving prior therapy with a FLT inhibitor except the multikinase inhibitor midostaurin (Rydapt), were excluded from the trial.

The primary endpoint in QuANTUM was OS in the intent-to-treat (ITT) population and secondary endpoints included objective response rate (ORR), and event-free survival (EFS) in the ITT population.

Patients were randomized 2:1 to once-daily quizartinib at 60 mg, with a 30-mg lead-in (n = 245) or to receive investigators’ choice of salvage chemotherapy that was selected prior to randomization. Chemotherapy choices included low-dose cytarabine (n = 29), the combination of mitoxantrone, etoposide, and cytarabine, (MEC; n = 40), or the combination of fludarabine, cytarabine and GCSF with idarubicin (FLAG-IDA; n = 53).

Patient characteristics in both arms were similar with a median age of 55 years for patients receiving quizartinib, and 57 years for those receiving chemotherapy. Of the quizartinib group, 33% of patients were refractory and 67% had relapses after an initial CR (CR1) of 6 months or less prior to the study. Thirty-four percent of patients in the chemotherapy group were refractory and 66% had relapsed after pre-study CR of 6 months or less.

The treatment-emergent adverse event rates were comparable between the treatment arms and the quizartinib safety profile in this trial was consistent with the safety profiles reported in earlier phase II trials.

QTcF prolongation had been observed in earlier quizartinib trials. In QuANTUM, just 2 patients discontinued quizartinib due to prolonged QTcF. No torsades de pointes events were reported.