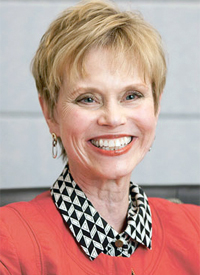 A fixed-dose subcutaneous injection of pertuzumab (Perjeta) and trastuzumab (Herceptin) with hyaluronidase in combination with intravenous (IV) chemotherapy demonstrated noninferior pharmacokinetics compared with the standard IV infusions of the regimen in patients with HER2-positive early breast cancer, meeting the primary endpoint of the phase III FeDeriCa trial (NCT03493854).1

“With this single injection under the skin, people with HER2-positive breast cancer receiving Perjeta and Herceptin can have a faster treatment option,” Sandra Horning, MD, chief medical officer and head of Global Product Development, stated in the press release. “Our medicines have helped millions of people living with HER2-positive breast cancer and this latest development is particularly exciting as, for the first time, we have combined two therapeutic antibodies as a single subcutaneous formulation.”

In the international, multicenter, two-arm, randomized, open-label, phase III FeDeriCa study, investigators evaluated the pharmacokinetics, efficacy and safety of subcutaneous injection of the fixed-dose combination of pertuzumab and trastuzumab in combination with chemotherapy versus standard IV infusion of pertuzumab/trastuzumab plus chemotherapy in approximately 500 patients with HER2-positive early breast cancer who are receiving treatment in the neoadjuvant and adjuvant settings.

To be eligible for enrollment, patients had an ECOG performance status ≤1; have stage II to IIIC locally advanced, inflammatory, or early-stage unilateral and histologically confirmed invasive breast cancer; primary tumor >2 cm in diameter or node-positive disease; and hormone receptor status of the primary tumor that is centrally confirmed. Those with stage IV metastatic disease, a history of invasive breast cancer, had received prior systemic therapy, and had axillary lymph node dissection prior to start of neoadjuvant therapy, among other criteria, were excluded from enrollment.

Patients received 8 cycles of investigator's choice of neoadjuvant chemotherapy, which could include 4 cycles of dose-dense doxorubicin plus cyclophosphamide every 2 weeks, followed by weekly paclitaxel for 12 weeks; or 4 cycles of doxorubicin plus cyclophosphamide once every 3 weeks followed by docetaxel every 3 weeks for 4 cycles. Pertuzumab and trastuzumab were given IV or subcutaneously for 4 cycles every 3 weeks concurrently with the taxane portion of the chemotherapy. After completing their neoadjuvant therapy, patients underwent surgery. Patients then received an additional 14 cycles of either pertuzumab IV and trastuzumab IV or fixed-dose pertuzumab/trastuzumab for a total of 18 cycles.

The approval was based on findings from the HannaH (NCT00950300) and SafeHER (NCT01566721) studies, in which Herceptin Hylecta demonstrated comparable rates of efficacy and safety compared with the standard IV use of trastuzumab, as well as the PrefHER trial (NCT01401166), which suggested a patient preference for the subcutaneous regimen.