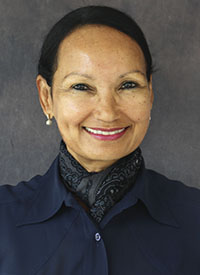 In an analysis of 2884 breast cancer cases, investigators studied genomes of candidate alleles. Results showed that the frequency of TNBC was highest in West African/Ghanaian (49%) and African-American cases (44%; P <.0001), and lowest in Ethiopian (17%) and Caucasian ones (24%; P <.0001). Moreover, frequency of the Duffy-null allele was found to be linked with TNBC-specific risk (P <.0001); quantified West African Ancestry (P <.0001); and was more common in African Americans, Ghanaians, and those with TNBC.

While Newman emphasized that all women should receive breast cancer screening, she explained it is especially important for populations who are at increased risk for developing TNBC, such as African-American women.

"If you catch TNBC early, there is an outcome advantage from patients, including potentially avoiding chemotherapy,” said Newman. “Clinical trials and ongoing research are also greatly important. We're very optimistic about learning the root causes of breast cancer and improved targeted therapies for breast cancer subtypes as we study the disease more robustly and more comprehensively in diverse populations."

In an interview during the 2019 OncLive® State of the Science Summit™ on Breast Cancer, Newman, chief of Breast Surgery for Weill Cornell Medicine and chief of the Multidisciplinary Breast Program for the NewYork-Presbyterian Weill Cornell Network, highlighted the history and ongoing research of the genotype causing predisposition to TNBC in African-American women.

OncLive: Could you highlight your research on increased breast cancer–related mortality rates in African-American women?

Newman: African-American women have had higher death rates from breast cancer for many decades now; that have been well-documented. Much of this disparity and survival disadvantage is related to the greater prevalence of socioeconomic disadvantages in the African-American community.

Recently, as we've become more adept at evaluating breast cancer subtypes based upon biomarker assays—estrogen receptors, progesterone receptors, and HER2/neu—we've also learned that African-American women have a two-fold higher population-based incidence rate of TNBC. This is important because TNBC is a biologically more aggressive pattern of the disease. My work is actually in an international breast cancer research program, and we are evaluating the genetics of African ancestry by comparing the outcomes of not only African-American and Caucasian American women with breast cancer, but we're also looking at the breast cancer burden of women in Africa.

We have been seeing very high frequencies of TNBC in women from western sub-Saharan Africa, as exemplified by Ghana, where we've been working for about 16 years now. Interestingly, there are low rates of TNBC among women in Ethiopia, which is located in East Africa.

Early on, we speculated this was evidence of certain regional African ancestry increasing susceptibility for TNBC. If you look at the slave trade from several hundred years ago, western sub-Saharan Africans were brought across the Atlantic Ocean for the transatlantic slave trade to service slaves in the colonies. It makes sense that African-American women would have a breast cancer more similar to Ghanaian women, because we have a lot of shared ancestry related to that transatlantic slave trade.

The East African slave trade, on the other hand, largely brought East Africans further eastward to serve as slaves in the Middle East and in Asia. African Americans have less shared ancestry with Ethiopians and East Africans. We’ve taken a deeper dive to look at the germline genetics associated with African ancestry. We have been identifying particular genotypes that are associated with western sub-Saharan African ancestry, which had developed several thousand years ago under selection pressure to become resistant to the species of malaria that were endemic in Western sub-Saharan African.

It seems these particular variants have downstream effects on certain circulating chemokines that can affect the type of tumors developed within mammary tissue. Our research has gotten very in-depth in terms of the genetics of breast cancer related to African ancestry; we have identified certain genetic correlates that are associated with western sub-Saharan African ancestry and an increased risk of TNBC.

What are some variants that have been identified?

The variant that we've identified as being the most strongly associated with the hereditary susceptibility for TNBC and women of African ancestry is a variant called Duffy-null. The Duffy-null variant is related to development of resistance to malaria. If you carry the Duffy-null genotype, you do not express the Duffy-null protein on red blood cells.

The site of the Duffy-null poaching on red blood cells happens to be the site where certain malaria pathogens can enter the red blood cell. Having this particular variant can cause resistance to certain malaria pathogens. As a consequence, nearly all western sub-Saharan Africans have the Duffy-null genotype now, because of the very strong selection pressure in evolutionary history to be resistant to malaria.

During the transatlantic slave trade several hundred years ago, this variant was carried across the ocean. Approximately three-quarters of African Americans have the Duffy-null genotype now. African Americans have some genetic mixture between African ancestry and European ancestry. If you look across other regions of Africa, you see different frequencies for TNBC. You can correlate these frequencies for TNBC with the frequency of populations in those regions carrying the Duffy-null variant. There are some areas of Africa that are very mountainous and have a very different of history of endemic malaria prevalence. Therefore, there wasn't the same selection pressure for populations in those regions to develop the Duffy-null variant.

How are treatment interventions directed based on this knowledge?

What research would you like to see moving forward with this topic?

Many of us who have been involved in the genetics of the disparities research over the past several years have been very excited about the integration of germline and somatic genetics into this research. As we develop a more comprehensive assessment and understanding of the genetics of breast cancer looking at populations globally, it will give us an opportunity to understand the root causes of breast cancer. These genetic variants that predispose for certain types of cancer have their impact by downstream effect on other issues that affect the breast and mammary tissue microenvironment. If we can get a better handle on the imbalances in this microenvironment that cause aggressive patterns of breast cancer, this will be information that's useful to women internationally.

Is there a chance that this information could be negated by socioeconomic disparities?

Socioeconomic disparities will always be a very important challenge for us to address in terms of breast cancer disparities. Unequal distribution of wealth in the United States results in socioeconomic disadvantages among minority racial ethnic subsets of the population, which will contribute to disadvantages for almost any other medical disorder that you can name. It will always be incumbent to try to address these types of socioeconomic imbalances. They will certainly be aggravating and magnifying the effects of cancer outcome disadvantages related to genetics. Both types of problems need to be addressed, the genetics and the socioeconomic influences.
Printer Printing...