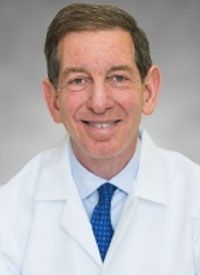 Questions on how to best use adjuvant chemotherapy and endocrine therapy, plus the need for extended endocrine therapy in women with early-stage hormone receptor (HR)–positive, HER2-negative breast cancer, have only been partly answered.

Despite trials showing a benefit to more intensive therapy in women of high clinical risk, and the utility of genomic assays, experts in the space continue to grapple with these queries, explained Alan B. Astrow, MD.

In an interview during the 2019 OncLive® State of the Science Summit™ on Breast Cancer, Astrow discussed the latest efforts to personalize patient care in early-stage, HR-positive, HER2-negative breast cancer.

OncLive®: Could you discuss the management of patients with early-stage, HR-positive, HER2-negative breast cancer?

Astrow: I focused on two issues in this area. Specifically, [I discussed] how long women need to be on adjuvant hormonal therapy. Is 5 years enough or should it be 7.5 years? Do women need 10 or more years of adjuvant therapy? I also discussed whether there are new tests available that might help inform that decision. Additionally, [I covered] whether there is any new information that would help us decide if younger women with HR-positive, node-negative breast cancer who have an intermediate-risk Oncotype DX score—specifically, women under the age of 50, with an Oncotype DX score between 11 and 25—need chemotherapy plus hormonal therapy or if hormonal therapy alone is adequate.

Could you discuss the need for adjuvant therapy and the incremental benefit of adding 2.5 years and 5 years of therapy?

It's been known for a long time that women who are going to receive adjuvant hormonal therapy require at least 5 years of treatment. The standard for many years was 5 years of tamoxifen, which is the oldest of our antiestrogen treatments. Until recently, 5 years was thought to be the right length of therapy. About 10 years ago, perhaps a little longer, we received additional information from the ATLAS trial, which showed that 10 years of tamoxifen was better for women. Patients who received 10 years of therapy had fewer recurrences compared with those who received 5 years. That's an important piece of information.

We’ve learned that the difference between 10 years and 5 years is modest. It may be that some women need the longer length of treatment, but not all. There has been an effort to find a marker that might predict who really needs 10 years of therapy compared with 5 years.

The second issue that I discussed was how long women need to be on an aromatase inhibitor (AI) for. We learned that many women experience a better outcome with an AI than they do with tamoxifen. There was an important trial called the MA.17R trial where women who had received tamoxifen for 5 years were randomized to receive letrozole versus placebo. Those who received letrozole for 5 years had fewer recurrences than those who received placebo.

The next question was whether patients needed another 5 years of therapy or whether 2.5 years would be enough. The data indicate that 10 years of an AI is the maximum amount of time we want to recommend [this treatment] for any woman. Once patients finish 5 years, the incremental benefit of continuing therapy is modest.

Moreover, there are toxicities. It becomes a discussion between the doctor and the patient about the relative benefits and risks of extending AI therapy. In terms of toxicities, women complain of pains in their muscles and joints, hot flashes, and vaginal dryness; some women also complain of fatigue. AIs can also lead to increased risk for osteoporosis and potential fractures. The longer a patient is on one of these agents, the greater the risk of one of those AEs happening. In fact, these studies point to compliance issues. Many women who were on the longer course of AI treatment stopped therapy before they completed the 5-year course.

For many node-negative patients, 5 years of an AI is adequate. Some may even find that if they've received 2.5 to 5 years of tamoxifen, 2.5 years of an AI may be adequate. It's really the node-positive women who appear to have the most benefit from a longer course of AIs, and that is consistent with recent ASCO guidelines.

Could you discuss the findings from the Trans-aTTom trial?

The Trans-aTTom trial shows that women with a high Breast Cancer Index (BCI) benefit from a long course of tamoxifen. Of course, this conclusion comes from a planned analysis, but it's retrospective. It's an intriguing result, but it has to be considered in the context of other trials, which should become available soon. There are other assays that compete with the BCI, such as the EndoPredict assay. We'll have to see how that plays out. It may turn out to be a test that is used in standard practice. I would note that in the Trans-aTTom trial, investigators only reported on node-positive patients. It would be node-positive patients for whom you might consider ordering the BCI. However, this is not quite ready for standard practice.

I also reviewed the presentation given by Joseph A. Sparano, MD, of Albert Einstein College of Medicine, at the 2019 ASCO Annual Meeting. In his talk, Sparano explained the addition of clinical parameters to the genomic results regarding the Oncotype DX assay. I listened carefully to Dr Sparano's talk at the meeting, and I've read the paper that has been published in the New England Journal of Medicine. I listened to his presentation again online, and I've also listened to other peoples’ takes on that presentation. It's not the easiest study to follow. We know from the TAILORx results that chemotherapy does not add benefit to hormonal therapy for women over age 50 with an Oncotype DX recurrence score of 25 or less. The question was on women younger than the age of 50 and whether they benefit from the addition of chemotherapy if they have an Oncotype DX score between 11 and 25. The paper showed that patients with a score between 15 and 20 had, roughly, a 2% benefit [with the addition of] chemotherapy. Those whose scores fell between 21 and 25 had a 7% benefit to chemotherapy plus endocrine therapy versus endocrine therapy alone. Therefore, we were not quite sure what to do with those women, primarily those who had a Oncotype DX score between 15 and 25.

In the presentation at the 2019 ASCO Annual Meeting, investigators showed that in women with a score between 15 and 25 who were younger than age 40, there doesn't appear to be a benefit to chemotherapy and endocrine therapy versus endocrine therapy alone. The women in whom [that combined approach] is beneficial are those between 40 and 50 years of age.

Sparano suggested that chemotherapy does not generally induce permanent menopause in women who are 40 years or younger. However, those between 40 and 50 years—particularly between 45 and 50 years—are more likely to be put into permanent menopause by adding chemotherapy to endocrine therapy. The hypothesis is that most of the benefit we’re seeing in women age 50 or younger with an intermediate-risk Oncotype DX score is coming from ovarian suppression. Perhaps a woman who is 45 years old with an Oncotype DX score of 23 might not necessarily need chemotherapy. The hypothesis is that ovarian suppression provides the same benefit as chemotherapy does for that group of women. The argument was not that easy to follow at the 2019 ASCO Annual Meeting, but that's the claim. It's a hypothesis, but it's a very plausible hypothesis.

Although there were no presentations for the MammaPrint assay at the 2019 ASCO Annual Meeting, it’s a good assay as well. It, too, is indicated in the ASCO guidelines for women who are of high clinical risk and in whom we’re trying to decide whether or not chemotherapy is needed. These would be women with 1 to 3 positive nodes, grade 3 estrogen receptor (ER)–positive cancer, or large ER-positive cancers. I'd say MammaPrint tends to be used less often in this country than Oncotype DX. MammaPrint has caught on a little bit more in Europe.

What is your advice for your colleagues treating patients with early-stage HR-positive, HER2-negative disease?

You have to be familiar with the data. Beyond that, you have to know your patient and discuss the information with them to try to jointly come up with a plan that's best for each individual patient.
Printer Printing...