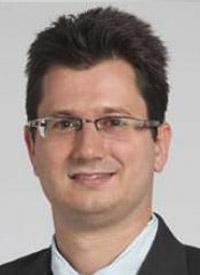 “We live in the era of next-generation sequencing and genomic biomarker discovery,” said Grivas, a physician at Seattle Cancer Care Alliance. “We're trying to translate these biology data to meaningful translational research and clinical trials to try to target specific subsets of patients with particular targeted therapies or immunotherapies.”

For example, at least 10% of men with prostate cancer have germline DNA damage-response gene alterations. A retrospective analysis, which was presented at the 2020 Genitourinary Cancers Symposium, evaluated patients with metastatic castration-resistant prostate cancer (mCRPC) who underwent clinical germline genetic testing and compared a cohort of patients of germline BRCA2 mutations with a cohort of patients with germline ATM mutations.

In the analysis, one-third of patients in each cohort had metastases at diagnosis. Among patients diagnosed with localized disease, 81% and 73% in the BRCA2 and ATM groups, respectively, developed metastases; the median time to metastases was 69 versus 49 months, respectively.1 Further, no differences in response were noted between the groups when given abiraterone acetate (Zytiga), enzalutamide (Xtandi), docetaxel, or carboplatin. However, patients who harbored germline BRCA2 mutations were more likely to respond to PARP inhibitors compared with those who had germline ATM mutations.

In an interview with OncLive® during the 2020 Genitourinary Cancers Symposium, Grivas, who is also an associate professor and clinical director of the Genitourinary Cancers Program at the University of Washington School of Medicine, and associate member of the Fred Hutchinson Cancer Center, discussed biomarker-driven and combination research in mCRPC.

OncLive: Could you discuss this study investigating treatment response comparisons between ATM and BRCA2 germline carriers for mCRPC?

In terms of PARP inhibition, there seems to be numerically a lower response rate in patients with germline ATM mutations but a numerically higher response rate [to PARP inhibitors] in those with BRCA2 mutations. There are still many unanswered questions in terms of germline versus somatic mutations, monoallelic versus biallelic, loss of heterozygosity or no loss, and whether these parameters could impact response to PARP inhibitors—especially in DNA repair gene mutations. This is a nice hypothesis-generating study. It is not conclusive, but it definitely raises the level of enthusiasm about doing more work to try to tease out who the patients with germline and somatic DNA damage repair mutations are who benefit from platinum-based chemotherapy and PARP inhibitors.

As biomarker development continues to be a focus in prostate cancer, how is targeted therapy being implemented?

Particularly in prostate cancer, androgen receptor–targeting therapies have been the mainstay and cornerstone of treatment for a long time with the older and novel antiandrogens of abiraterone, enzalutamide, apalutamide (Erleada), and darolutamide (Nubeqa) in the early hormone-sensitive disease setting, and even in nonmetastatic castration-resistant disease.

Specifically, in the metastatic castration-resistant setting, we're utilizing more genomic data to enrich clinical trials for patients receiving platinum-based chemotherapy and PARP inhibitors. We're starting to see these results by now. There are a number of trials, including PROfound, TRITON2 with rucaparib (Rubraca), GALAHAD with niraparib (Zejula), and many other trials with PARP inhibitors. I predict that, in the near future, we may have FDA-approved therapies based on selected patients.

The big question is, "Who are the patients to be selected?" Thus far, BRCA2 mutations appear to drive the benefit with PARP inhibitors. There may be specific patients with other mutations, such as BRCA1. The jury is still out regarding how to optimize patient selection. I definitely advocate in favor of germline and somatic mutation testing in all patients with metastatic prostate cancer. The results should be carefully reviewed by a molecular tumor board, if available, and also genetic counselors.

You were also authored on a phase II trial of cabazitaxel and enzalutamide in CRPC. Could you also discuss that study?

When you have FDA-approved therapies in mCRPC, such as cabazitaxel chemotherapy based on the phase III TROPIC trial, and enzalutamide, based on 2 phase III trials in this setting, then you start thinking about potential combinations. This particular trial tries to combine cabazitaxel with enzalutamide. This combination appears to be feasible with a manageable safety profile, which is important to consider because these agents have different mechanisms of action and maybe different toxicity profiles. Fatigue can happen with both agents; however, the combination seems to be feasible, and that's an important take-home point from the trial.

We see patients who have significant and durable benefit over time. This study is not designed to be a randomized phase III trial, but it certainly generates a hypothesis about the safe and promising activity signal in terms of early efficacy signal of the combination of cabazitaxel with enzalutamide, which probably merits further investigation in a phase III trial.

Could this research lend itself to more combination strategies?

Cabazitaxel is approved as a single agent. It begs the question of whether this can be a combination strategy paradigm. There are other trials looking at combinations. There is a trial looking at patients who have progression after docetaxel in hormone-sensitive disease. These patients are being randomized to abiraterone/prednisone or abiraterone/prednisone plus cabazitaxel. It's an important trial that is going to answer the question, "What is the optimal treatment in that setting for patients who progress again after prior exposure to docetaxel in castration-sensitive disease?" The paradigm of combinations is becoming apparent and present in clinical trials.