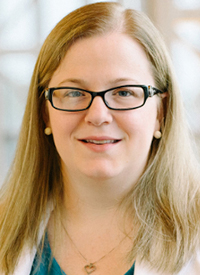 Despite decades of ongoing research, there is still no accepted screening method available for ovarian cancer, said Laura L. Holman, MD. However, new research exploring the use of biomarkers, as well as liquid biopsies, has generated excitement in the space.

The lack of an accepted screening test, coupled with nonspecific symptoms, makes early detection of ovarian cancer challenging. As a result, 70% to 75% of patients have stage III or IV disease at the time of diagnosis, added Holman.

“The question becomes, can ovarian cancer be diagnosed earlier and lead to improvement in survival?” she asked.

In the quest to identify an effective strategy for ovarian cancer screening, investigators launched a single-arm, prospective study of normal-risk postmenopausal women. Those enrolled in the trial were screened using the Risk of Ovarian Cancer Algorithm. Women underwent an annual CA-125 blood test.

A total of 4051 women have participated in the trial over the course of 11 years. Results showed that the average annual referral rate to a CA-125 test in 3 months was 5.8%, while the average annual rate of referral to ultrasound and review by a gynecologic oncologist was 0.9%.

According to an unpublished update of this research, 18 women have undergone surgery on the basis of ultrasound—10 for invasive malignancies, 2 for borderline tumors, and 6 for benign tumors—providing a positive predictive value for detecting invasive disease. Specificity was 99.9% (95% CI, 99.7-100) with this strategy.

In an interview during the 2019 OncLive® State of the Science Summit™ on Ovarian Cancer, Holman, assistant professor in the Section of Gynecologic Oncology at Stephenson Cancer Center, University of Oklahoma, discussed ongoing efforts in ovarian cancer screening and what may lie ahead for generations to come.

OncLive: What is the current state of ovarian cancer screening?

Holman: Currently, there is no accepted screening method for ovarian cancer; that is probably one of the reasons why many women present with late-stage disease and it’s an incurable cancer for that reason. There are several trials that have tried to evaluate this over the years using different modalities; some used biomarkers alone, some used imaging alone, while some looked at a combination of the two. However, so far, nothing has proven to be effective and meet the standard that has been set for ovarian cancer.

There are some ongoing studies, including the trial that is open here at the Stephenson Cancer Center. Our study is part of a multicenter trial of which the principle investigator is Robert C. Bast, Jr, MD, of The University of Texas MD Anderson Cancer Center. In the trial, investigators are trying to use more than one biomarker as part of a method to screen for ovarian cancer. There is also some exciting new research coming down the line that is looking at liquid biopsy, for example, to try to screen for ovarian cancer. However, that work is still very much in its early stages.

Although there are no standard screening methods available, what is currently being done in an attempt to screen for the disease?

If [a patient has] a genetic predisposition to ovarian cancer—for example, a BRCA1/2 mutation, that’s not the same as of someone with average risk of disease.

Although we don’t believe that screening is necessarily effective in those women [with genetic predispositions], guidelines currently say you can use CA-125 levels and ultrasounds to try to screen. However, that is a different population than the average-risk woman.

Where do you see the most potential in terms of ongoing trials?

Our hope is that we can eventually find [an approach] that will be effective for screening ovarian cancer so that we can catch the disease in its early stages. Then, hopefully, we can cure more patients. Right now, 70% to 75% of patients have stage III or IV disease when they are diagnosed, and that is a big reason as to why they are not able to be cured. This is the hope, but so far, we just have not gotten there.

Is there anything else regarding upcoming trials that your colleagues should be aware of?

Unfortunately, as I mentioned previously, there is just no screening test right now. I've had patients ask me before, “Why didn't my doctor catch this sooner? Is there something I missed?” It's not that; there is just nothing currently [available for early detection]. Therefore, [it is important that] patients who are at average-risk for disease get involved in clinical trials, so we can try and figure out if we can help the next generation.

The biggest piece of advice is: do not lose hope. Nothing has worked so far, but that doesn't mean nothing will work in the future. Having great minds thinking outside of the box is going to be important.