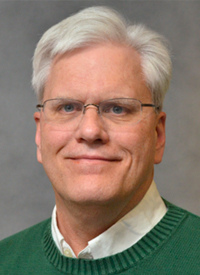 Biomarkers continue to be an area of active research to determine which patient populations of lung cancer will garner the best response to immunotherapy, either as single agents or in combination, as well as the surge of molecularly driven therapies that have become available in recent years, explained Robert A. Kratzke, MD.

“This is a very exciting time in lung cancer treatment and research. Immunotherapy has extended the lives and quality of lives of many of our patients. In the last few months, we’ve seen the results of 5-year survival [rates] of up to 20% to 30% in patients with stage IV or extensive NSCLC, which is unprecedented in my career, which goes back to the early 1990s,” said Kratzke, a professor of medicine in the Division of Hematology, Oncology and Transplantation at the University of Minnesota. “How we integrate these new immunotherapies into all stages of lung cancer treatment is both the challenge and the excitement of working in lung cancer currently.”

In an interview during the 2019 OncLive® State of the Science Summit™ on Non–Small Cell Lung Cancer, Kratzke discusses the excitement surrounding immunotherapy and the work being done with biomarkers to assist in making optimal treatment decisions for patients.

OncLive: What studies are garnering excitement with immunotherapy in lung cancer?

Kratzke: We are very interested in the combinations of immunotherapy with chemotherapy and radiation therapy. I'm sure most physicians who treat their patients with lung cancer have incorporated some of those combinations into their treatment course. It's my bias, [but I believe] that the earlier patients receive immunotherapy, the better. We are all excited to see what role of [immunotherapy] plays in the adjuvant setting. These are people who had surgery to cure their lung cancer but relapsed at a very high rate. We know chemotherapy helps prevent that relapse, but not [as well as we would like it to]. Immunotherapy [could improve] survival and make cures more possible.

How do you determine if a patient is eligible for immunotherapy versus chemoimmunotherapy?

That's a great question. If I knew the answer, I would probably be more famous. Currently, our marker is immunohistochemistry for PD-L1 status. It's a bit of a moving target. We found that many patients who have tumors with high PD-L1 expression do quite well with immunotherapy alone as their first-line treatment. Increasingly, in the last year, we're finding that there are probably patients with lower PD-L1 expression or no expression who might benefit from immunotherapy. A lot of researchers and practitioners are looking at other markers, such as tumor mutational burden, to indicate who best benefits from immunotherapy. It's an evolving field. I tell our trainees, "Stay tuned. It will be different in 6 months." Currently, our markers for detecting who benefits the most from immunotherapy are far from perfect.

Liquid biopsies have also been gaining traction recently. What are your thoughts on them?

Liquid biopsies are one of the unexpected and great innovations. The subset of lung cancer patients whose tumors harbor an activated mutation can benefit from targeted therapy, independent of immunotherapy. Detecting that requires taking some of the tumor and sequencing the DNA. Sometimes, that's not possible because the sample is too small or the tumor was biopsied years ago, and we don't have access to it. Tumors shed DNA, and we now have the capacity to detect circulating DNA in the blood, which is great. We can monitor patients as they progress on some of these therapies. We can also, in some cases, make the genomic diagnosis we need—independent of doing another surgical biopsy.

What are the key things your colleagues should know currently about biomarkers?

Biomarkers are a broad field, but it's been driving lung cancer treatment at the genomic level and the PD-L1 level for several years. My desire, and most people's desires, are to have predictive markers and be able to generate data on the best treatment option before the patient is treated. For too long, patients with lung cancer have lingered in the scientific shadows and their treatment recommendations have been based on a one-size-fits-all approach. We know the tumors are vastly different on a genomic level and we have to harness the technology available to us to dictate the best treatment for our patients.

One of the things we have been looking at in the last decade has been looking at viruses as a treatment for [patients with] lung cancer and mesothelioma. Many cancers are particularly prone to be infected by these viruses, unlike the normal, healthy cells. We're trying to exploit that by administering viruses that kill cancer cells and elicit a greater immune response. It works really well. Right now, we are moving into human clinical trials. We already treated the first few patients with some of those protocols. We've also done a fair amount of research on a national level looking at markers of advanced disease. One of the conundrums of lung cancer is, if you have resectable stage I disease, it recurs at a very high rate of up to 30% or 40%. If we had molecular markers in the tumors that could identify folks who were at high risk of relapse, we could administer more aggressive therapy upfront. Thus far, that has been a frustrating goal, although there are some hints that invasion of the tumor with white blood cells can give us the handle on who might benefit the most from chemotherapy or aggressive therapy after surgery.
Printer Printing...