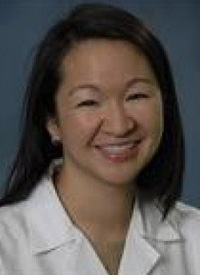 Although small cell lung cancer (SCLC) accounts for 15% of the overall population of lung cancer, the majority of these patients will die of their disease, according to Josephine L. Feliciano, MD.

"SCLC is a very aggressive neuroendocrine tumor (NET) with high proliferation index, high Ki-67, and early metastatic behavior—so it is rarely a surgical disease," said Feliciano. "It is very responsive to chemotherapy and radiotherapy, but unfortunately the majority—if not all—will recur after initial response."

This histology is strongly correlated with cigarette smoking, and is rarely seen in nonsmokers. However, Feliciano explained that it is important to remember that patients with EGFR-positive non–small cell lung cancer (NSCLC) or genomic variants can transition histologies. These patients should be rebiopsied to look for a change in histology. Extrapulmonary small cell carcinoma is treated along a similar paradigm to SCLC.

In a presentation during the 2018 OncLive® State of the Science Summit™ on Advanced Non–Small Cell Lung Cancer, Feliciano, an assistant professor of Oncology at Johns Hopkins Medicine, discussed the role of immunotherapy and the potential of targeted agents in SCLC.

SCLC is defined as a malignant epithelial tumor consisting of small cells with scant cytoplasm, ill-defined borders, finely granular nuclear chromatin, and inconspicuous nucleoli. World Health Organization (WHO) criteria states that these cells are small in size, have a high mitotic rate, and often have extensive necrosis.

Diagnostically, tissue is very important. Tissue can be taken by either a transthoracic or bronchoscopic biopsy of the metastatic site. Necrosis or crush artifact can be found in these tumors, so it is sometimes a challenge to immediately determine whether it is SCLC, Feliciano explained.

"In general, what we are looking for is the Ki-67, mitotic rate, and certain markers, such as chromogranin and synaptophysin, which can help us with the diagnosis," she said.

The standard of care for patients with limited-stage disease is concurrent chemoradiotherapy with platinum-based therapy and etoposide. In patients who have responsive disease, prophylactic cranial irradiation is often associated with improved mortality. The median overall response rate (ORR) for these patients is anywhere from 70% to 90%, but more than 75% of these patients will recur.

Up until August 2018, topotecan was the sole FDA-approved option for patients with chemotherapy-sensitive disease who relapsed after first-line therapy. The FDA approved single-agent nivolumab (Opdivo) for the treatment of patients with SCLC with disease progression following platinum-based chemotherapy and 1 other line of therapy, based on data from the phase I/II CheckMate-032 trial.

There are currently no FDA-approved regimens for patients who are refractory to chemotherapy, but off-label options include temozolomide, taxanes, irinotecan, gemcitabine, and bendamustine.

"Sadly, there has not been much movement forward with efficacy for SCLC in decades, said Feliciano. “There are tens of thousands of patients who have been enrolled in studies, and there really has not been much change in improvement in survival.”

Investigators are interested in utilizing checkpoint inhibitors for SCLC. Feliciano explained that SCLC is associated with paraneoplastic syndromes, and it appears that patients with autoimmune paraneoplastic syndromes may experience improved outcomes and better survival with immunotherapy. Additionally, since SCLC tends to be most associated with smoking, these patients might have higher tumor mutational burden (TMB).

The 2 main types of checkpoint inhibitors that have been evaluated in SCLC are CTLA-4 inhibitors, such as ipilimumab (Yervoy) and tremelimumab, and anti–PD-1 agents, such as nivolumab and pembrolizumab (Keytruda).

"The management of SCLC has not changed significantly in the past decades, but because checkpoint inhibitors have been reported to have some durable responses, there are ongoing studies,” she added. “An immune therapy has been approved, and a combination has made it onto NCCN guidelines.”

In a phase II study that evaluated ipilimumab in combination with carboplatin/paclitaxel in patients with advanced lung cancer, there was a cohort of SCLC—making it the first checkpoint inhibitor tested in this population. Findings showed that there may be an improvement in an invalidated outcome of immune-related progression-free survival (irPFS).1 There was a trend toward improved OS but it is not definitive, Feliciano explained.

Following this trial, pembrolizumab was studied in the phase Ib multi-cohort KEYNOTE-028 trial, of patients with PD-L1–positive advanced solid tumors.4 In the study, there was an ORR of 33% in the SCLC cohort, as well as a median duration of response of 19.4 months, and a median time to response of 2 months. At 6 months, the PFS was 28.6%.

The CheckMate-032 study is evaluating nivolumab plus ipilimumab in advanced SCLC. Phase I/II data submitted to the FDA for single-agent nivolumab showed an ORR of 12% (95% CI, 6.5-19.5) after platinum-based chemotherapy and 1 other prior line of therapy. 5,6 According to these data, the median duration of response was 17.9 months (95% CI, 7.9-42.1), with 62% of patients still responding at 12 months and 39% responding at 18 months.

In the N3/I1 and N1/I3 arms, 74% and 79% of patients experienced AEs of any grade, respectively. Grade 3/4 AEs occurred in 19% in the N3/I1 patients, and in 30% of patients in the N1/I3 group. However, the NCCN guidelines state that the combination of nivolumab and ipilimumab can be used in patients with refractory disease and a good performance status.

“There was an exploratory analysis by TMB, similar to what has been going on with NSCLC,” said Feliciano. “When patients were separated out into 3 categories, those with higher TMB appeared to benefit more from the combination of nivolumab plus ipilimumab.”

Multiple studies are being initiated to test immunotherapy in both extensive- and limited-stage SCLC. Aside from immunotherapy, there are a few potential targets for patients with SCLC, including DLL3 and BCL-2.

DLL3 is overexpressed in high-grade NETs; it has limited expression in normal tissue, but is aberrantly expressed in SCLC.

Rovalpituzumab-tesirine (Rova-T) is an antibody-drug conjugate (ADC) directed against DLL3. In a phase I study of Rova-T in patients with refractory or progressive disease, it was observed that some patients do respond to the ADC. Despite underwhelming phase II data reported in March 2018 for third-line Rova-T, the drug continues to be explored, including a phase I study of Rova-T plus platinum-based therapy and etoposide for 4 to 6 cycles in patients with extensive-stage SCLC. The ADC is also being studied in combination with topotecan, as well as immunotherapy.

BCL-2 is overexpressed in the majority of patients with SCLC, said Feliciano, and is thought to contribute to therapy resistance. There have been attempts to therapeutically suppress BCL-2, but no successes have been reported thus far.