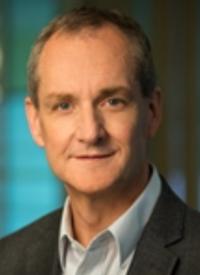 Ixazomib (Ninlaro) in combination with dexamethasone did not demonstrate a significant improvement in overall hematologic response compared with standard therapy in patients with relapsed/refractory systemic light-chain (AL) amyloidosis, missing one of two primary endpoints in the phase III TOURMALINE-AL1 trial and leading to discontinuation of the study.1

“While we are disappointed with this outcome, we aim to maximize our learnings from this trial and share findings with the community in hopes of helping to improve care for patients living with this devastating disease,” Phil Rowlands, PhD, head, Oncology Therapeutic Area Unit, of Takeda, the developer of ixazomib, stated in a press release. “This has been one of the largest studies ever conducted in systemic light-chain AL amyloidosis and we are proud to have led it.”

Regarding safety, an Independent Data Monitoring Committee did not raise any concerns with ixazomib’s safety profile in this patient population. Takeda stated in the press release that patients enrolled on this trial are encouraged to consult with study investigators to address any questions.

Primary AL amyloidosis arises from a clonal plasma cell that creates atypical immunoglobulin light-chain fragments that aggregate as amyloid deposits in organs and tissues, leading to organ dysfunction and death. The kidneys, heart, liver, and autonomic or peripheral nerves are the most commonly affected nerves. Moreover, there are no FDA-approved therapies for the treatment of patients with AL amyloidosis.

Prior phase I/II data demonstrated activity with ixazomib in patients with relapsed/refractory AL amyloidosis who received ≥1 prior lines of therapy.2 First, patients received ixazomib on days 1, 8, and 15 of 28-day cycles for up to 12 cycles. Patients with less than a partial response after 3 cycles were given oral dexamethasone (40 mg, days 1-4) starting with cycle 4.

“This study demonstrated our dedication to this rare and traditionally difficult-to-enroll patient population and we thank the patients and investigators for their engagement and participation,” Rowlands continued in the press release. “We remain optimistic about Ninlaro and continue to investigate Ninlaro in patient populations across the continuum of multiple myeloma care.”

Ixazomib is currently approved by the FDA in combination with lenalidomide and dexamethasone for the treatment of patients with multiple myeloma who have received ≥1 prior therapy.