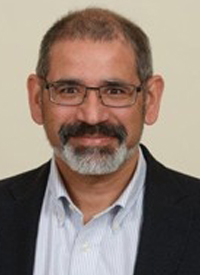 Conrad V. Fernandez, MD
In patients with stage III favorable-histology Wilms tumor, negative nodal involvement and the absence of loss of heterozygosity (LOH) at chromosomes 1p and 16q were predictors for event-free survival (EFS) and overall survival (OS), according to results from the COG AREN0532 study.

All patients (N = 535) underwent after either primary or delayed nephrectomy, and were then treated with vincristine, doxorubicin, and dactinomycin (DD4A) along with concurrent flank (10.8 Gy) or whole abdominal (10.5 Gy) radiation, with a 10.8- or 10.5-Gy boost to gross residual tumor, respectively.

“When lymph node status and LOH status were combined, a strong predictor of excellent EFS and OS emerged when both were absent, and conversely, a relatively poorer outcome was identified if both were present,” corresponding author Conrad V. Fernandez, MD, Department of Pediatrics, IWK Health Centre, Dalhousie University, Halifax, Nova Scotia, and coauthors wrote. “This conclusion still holds whether or not patients with nodes identified at delayed nephrectomy (n = 5) were included.”

Investigators observed 66 first events—62 of which were relapses and 2 were deaths from other causes—and 18 deaths. Fifty-eight of those first events occurred within 2 years of diagnosis. Among patients who experienced relapse, median time to relapse was 11.9 months (range, 0.5-65.4) from study entry. Ten patients relapsed within 7 months postnephrectomy.